Debra A. Johnson is a person in the people business, a transit executive guided by the knowledge that her decision-making has direct bearing on the public’s ability to make connections that benefit their lives. Her public transportation journey began as a child in Fresno, California, and encompasses more than a quarter-century of leadership experience honed at some of the largest transit agencies in the United States, in the San Francisco Bay Area, Washington, D.C., and Southern California.

Johnson was selected as General Manager and CEO of RTD by the agency’s Board of Directors on Aug. 25, 2020. She carries top responsibility for RTD’s budget, capital projects and service delivery, which include bus, light rail and commuter rail options across the Denver metro region.

Johnson is the first woman to lead the agency in its half-century history, and she believes that human connection is at the heart of good business. Being effectively engaged with employees and customers, she knows, helps meet their expectations and allows for a transit agency to be a mobility provider of choice.

Johnson joined RTD from Long Beach Transit, where she served as Deputy CEO of the Southern California agency from May 2014 to October 2020. Prior to that, Johnson held executive positions at the Los Angeles County Metropolitan Transportation Authority (LA Metro), the San Francisco Municipal Transportation Agency (SFMTA) and Washington Metropolitan Area Transit Authority (WMATA). She moved into public sector service after beginning her transportation career in the private sector in the Bay Area.

Connecting with and learning from her peers in the industry are crucial values for Johnson, and she has been civically engaged in every community where she has lived and worked. Her professional affiliations include the Conference of Minority Transportation Officials (COMTO), of which she is a past president of the Northern California chapter, and the Women’s Transportation Seminar (WTS). Beginning in 2019 through 2021, Johnson is serving on the American Public Transportation Association (APTA)’s Emerging Leaders Committee, and she is a board member of the American Public Transportation Foundation. In Southern California, she was a charter member of the Zero Emission Bus Resource Alliance, served on the Downtown Long Beach Alliance Board of Directors, and was an active member of the California Transit Association, for which she serves on the executive committee.

Johnson’s leadership and work have been recognized with several recent honors. In 2019, she received a Women In Action Award from the Los Angeles African American Women’s Public Policy Institute and a Women Who Move the Nation award from COMTO. The Greater Los Angeles African American Chamber of Commerce honored Johnson with a community service award in 2017. In 2016, she was given a Women Leading the Way Leadership Award from Upgrade LA and an Outstanding Transportation Executive Leadership Award from COMTO’s Southern California chapter.

Johnson experiences joy through serving others, which extends to community service. She is a lifetime member of Alpha Kappa Alpha Sorority Inc., through which she has strengthened community connections through initiatives and programs related to education, family, health and business. She has tutored and served as a role model for inner-city youth through programs such as Big Brothers Big Sisters of America, Junior Achievement USA and Project COOL in Oakland, California. Johnson has mentored young professionals through WTS San Francisco, APTA’s Early Career Program and COMTO’s Emerging Leaders Program. In the Bay Area, she served on the boards for Workforce Investment San Francisco and Urban Habitat.

Johnson holds a master of arts degree in public administration from California State University Hayward (now CSU East Bay), and a bachelor of arts degree in international relations from the University of California Davis. She is a proud alumna of civic leadership programs in San Francisco and Long Beach, as well as the Eno Center for Transportation’s Executive Development Program.

In her work and her life, Johnson is inspired to be and do her best. She is a fervent believer that opportunity is inherent in every challenge. When she’s not working, Johnson enjoys morning workouts, reading and traveling. 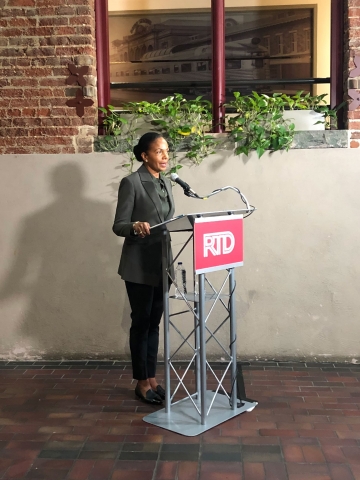 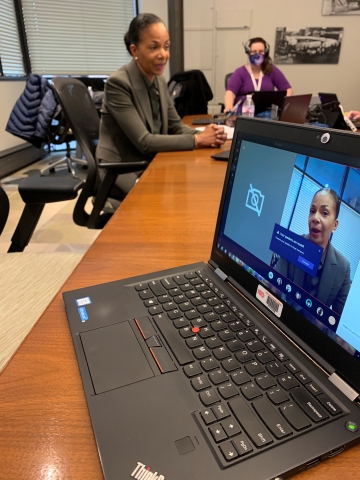 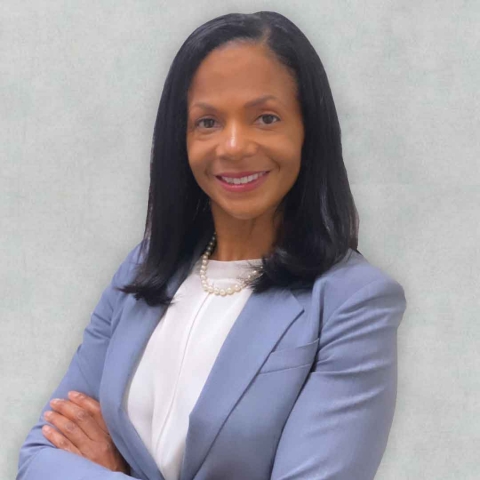