CAC members are appointed by RTD  Board of Directors and volunteer their time to advise the District on a range of transit issues that affect citizens and impact the region.

RTD received 35 applications for the five available positions on the CAC. On their submittals, applicants were asked to explain why they wanted to serve on the committee, describe what unique experience and skill set they have, and provide a statement of personal objectives/goals.

Travis Duea has over 15 years of experience in transportation operations and is currently a senior manager for a logistics company providing e-commerce fulfillment and package delivery services. Before his work in e-commerce, Mr. Duea was a leader at Herzog Transit Services, supporting the 2010 launch and daily operations of Capital MetroRail, a 32-mile commuter train system in Austin, Texas. In this role, he partnered with transit agency planners to implement off-peak and reverse commuter rail service, along with last-mile rail connector bus routes, which doubled ridership by connecting downtown residents to major employment centers in suburban Austin. He has a Bachelor of Arts degree in operations management from the University of Colorado and an MBA with a supply chain management emphasis from Arizona State University. Mr. Duea is a Boulder native, a frequent RTD rider, and currently lives Westminster, RTD District J.

Danny Fisher was appointed to fill a vacancy for a one-year term. He is the training officer with Serve Colorado, within the Office of the Lt. Governor, where he leads outreach and training for AmeriCorps programs throughout the state. He is also a faculty member with Columbia University’s Master of Science program in negotiation and conflict resolution. Danny has been relying on public transportation for 15 years, while living in Denver, Washington, D.C., and New York City. For the past 11 years, he has volunteered with the nonprofit organization, Youth Celebrate Diversity, leading various workshops with high school students and teachers. Danny is a certified mediator and earned an MS in negotiation and conflict resolution from Columbia University and a Bachelor of Science degree in psychology from Oklahoma State University. He resides in Denver, RTD District E.

Tony Jackson is the national sales director for Transit Marketing Group. He has been with this Boulder-based company in various roles for the past 11 years. Mr. Jackson’s daily business activities are 100% focused on public transportation solutions in the United States and Canada. He is an active member of the American Public Transportation Association where he has the opportunity to consistently network with other members and also have an impact on the public transit industry. As an RTD customer, Mr. Jackson frequents the University of Colorado A Line to the airport and the Flatiron Flyer to Boulder. He is currently pursuing an MBA at the University of Denver. He will complete the program by summer 2021. He and his family live in Denver, RTD District C.

Joan Lyons is filling a vacancy for a two-year term. She is Boulder Transportation Connections' (BTC) transportation planner and Transportation Demand Management (TDM) outreach specialist. BTC is the city of Boulder's Transportation Management Organization. Ms. Lyons holds a master's degree in urban planning from Erasmus University Rotterdam in the Netherlands, and a bachelor’s degree in political communication from Louisiana State University. Outside of her role at BTC, she has conducted research on FasTracks projects through the Harvard Graduate School of Design. She serves on the board of directors for the American Planning Association Colorado Chapter, and volunteers regularly with the Colorado Chapter of Women's Transportation Seminar (WTS), and Bicycle Colorado. She is a daily rider of RTD services, does not own a vehicle, and resides with her fiancé in Arvada, RTD District L.

Andrea Suhaka served on the founding Centennial Council, 2001-2008 and then served for 12 years on the Centennial Planning and Zoning Commission. In 2007, she was elected to the Centennial Home Rule Charter Commission. She is a graduate of the Transit Alliance Citizens’ Academy and was a founding member of Transportation Solutions Arapahoe County. Throughout 2015, she worked with the Affordable Fares Task Force sponsored by Mile High Connects and continues to follow and take part in the Arapahoe County Transportation Forum. She is a past board member of the Denver Regional Mobility and Access Council (DRMAC). She graduated from Douglass College of Rutgers University in 1970 and retired from Girl Scouts – Mile Hi Council in 2007 after a 21-year career. Growing up in New Jersey, Ms. Suhaka bussed to summer jobs in New York City. She is a resident of Centennial, RTD District H.

Two existing members of the CAC were also approved for reappointments by the RTD Board of Directors. These members have demonstrated their commitment and participation, and had requested reappointment. Directors approved the following recommended appointments for additional three-year terms:

Ben Bryan has over 25 years of experience in commercial real estate and currently has a consulting practice focusing on project management, marketing and operations. He has managed commercial properties throughout the Midwest and developed a transit-oriented condominium project in Kansas City, Mo. Prior to his work in commercial real estate, Mr. Bryan worked in various public-sector positions, most notably as the executive director of the Metropolitan Transportation Development Commission, established by the Colorado General Assembly in the late 1980s to develop a comprehensive surface transportation plan for metropolitan Denver, including rail transit. He currently volunteers with The New America School (Lowry) and Second Chance Center. He is also working on a senior affordable apartment project in central Denver. Mr. Bryan lives in RTD District A.

Catherine Sanders is currently employed as employer program manager at Smart Commute Metro North, a Transportation Management Organization in the north metro area. As employer program manager, she works with commuting employees to explain RTD and mobility options like walking, biking, and carpooling. In addition to working through employers, she also regularly engages with the public at community events. Prior to working for Smart Commute, she worked for the Denver Regional Council of Governments and Commuting Solutions. Ms. Sanders grew up in Thornton, and attended Louisiana State University in Baton Rouge, and the University of Michigan in Ann Arbor. While in Michigan, Catherine worked for the city of Ann Arbor's non-motorized transportation program and fell in love with the challenges of inspiring behavior change in the transportation realm. She resides with her husband and four children in Northglenn, RTD District J. 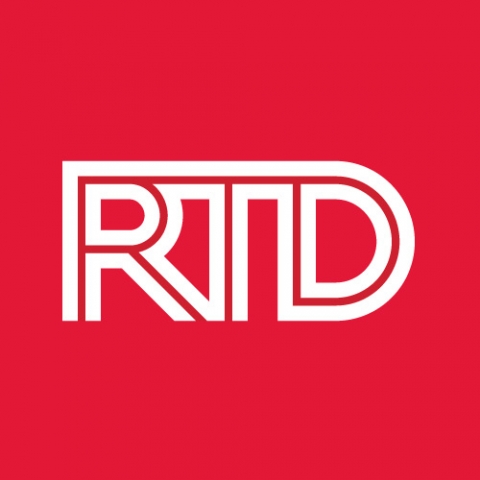 Christina Zazueta is the manager of RTD's Community Engagement team.