RTD is a leader in transit electrification in the United States. For several years, RTD has had one of the largest electric bus fleets in the country, with 36 battery electric buses on the 16th Street Mall in downtown Denver. Although other agencies now have larger fleets, RTD still has the most experience with operating a fleet of this size. RTD has been recognized as a leader in this area by being invited to speak about our experience at many regional and national conferences, including Zero Emission Bus Conference, Rail~Volution, American Public Transportation Association (APTA) Sustainability & Multimodal Planning Workshop, Smart Cities Connect Conference and Expo, Colorado Transportation Symposium, Colorado Association of Transit Agencies (CASTA) Fall Transit Conference and American Planning Association (APA) Colorado Conference. RTD is also a member of the Colorado Electric Vehicle Coalition (CEVC) and has taken a leadership role in forming the CEVC Transit Subgroup, which brings together stakeholders interested in transit electrification.

State policies for electric vehicle adoption
In Colorado at the state level, there is significant momentum around the expansion of electric vehicles (EVs). In January, Governor Polis announced his first executive order, "Supporting a Transition to Zero Emission Vehicles." In May, the Colorado Legislature passed Senate Bill 19-077, which included a requirement for utilities to "support widespread transportation electrification" and to introduce "investments or incentives to facilitate the electrification of public transit and other vehicle fleets." In August, Colorado followed the example of California and adopted a Zero Emission Vehicle (ZEV) rule that requires automakers to increase sales of ZEVs from the current 2.6% of cars sold in Colorado to 6.23% by 2030. All of these policies indicate that EV adoption is a major priority for the governor and state agencies.

RTD participation in stakeholder groups
Although RTD is supportive of these recent EV policies, there are many challenges associated with the transition of a public transportation fleet from diesel to zero-emission. One of the greatest obstacles to expanding RTD's electric bus fleet is high electricity costs. The average "fuel cost" (i.e., electricity) for our electric MallRide buses is 73 cents per mile, while the cost to fuel a typical 40-foot diesel transit bus is 46 cents per mile. Over the past two years, RTD has been actively meeting with stakeholders and partners to communicate these challenges and to work on improving our electricity rate for our electric bus fleet – thereby lowering the operating costs of that fleet. RTD also had the opportunity to participate in the Colorado Public Utilities Commission (CPUC) Electric Vehicle Working Group and Xcel Energy's Electric Vehicle Workshops. The goal of these groups was to provide recommendations for adjustments to electricity rates that would encourage EV adoption across all transportation sectors, including public transportation. Based on stakeholder input and discussions, Xcel Energy developed a new electricity rate for commercial and industrial EV customers.

CPUC process for EV rate
In May, Xcel submitted an advice letter to CPUC that included a proposal for a new EV electricity rate. Many entities requested to participate in this proceeding so that they might have the opportunity to provide feedback on the EV rate and suggest potential changes to it. The parties accepted by the administrative law judge included RTD, City & County of Denver, City of Boulder, CPUC staff, Colorado Energy Office, the Colorado Office of Consumer Counsel, Colorado Energy Consumers and several public-charging companies (Tesla, ChargePoint and Electrify America). In September, before the CPUC hearing took place, the parties agreed to meet to discuss a potential settlement. The unanimous settlement agreement that was reached included several changes to the initial rate proposed by Xcel. This rate will go into effect in early 2020. Xcel will gather information for a year and a half in order to reevaluate the rate, and by August 2021 Xcel will propose additional EV rates to be approved by CPUC.

RTD's current electricity rate
Under RTD's current rate structure, RTD pays the same rate to charge its EVs during the day and at night. In addition, our current rate includes two types of demand charges, one for distribution and another for generation and transmission. A demand charge is based on the highest rate of electricity usage during a billing period. It will constitute a large part of the bill if the customer uses a lot of power over a short period of time, and a smaller part of the bill if the customer uses power at a more or less constant rate throughout the month. Since RTD needs to charge our electric buses at night when they are not in service on the 16th Street Mall, RTD must use a large amount of power over a shorter period of time. Under the current rate, about 80% of RTD's monthly electricity bill is attributable to demand charges. The other 20% includes the base charges and other fees. To the point: Only 20% of RTD's electricity costs actually come from paying for the energy consumption, and the other 80% of costs come from fees based on how fast we use the electricity.

Xcel's new EV electricity rate
Under this new EV rate, RTD is expecting to save at least 30% on our annual energy costs associated with our electric buses. These savings are due to changes made to the following key elements: peak periods, demand charges, critical peak pricing and seasonal base rates.

On-peak/off-peak period
Xcel's new EV rate will be a much better fit for charging EVs. It will incent EV customers to charge during the off-peak period by offering lower energy rates during that period. For Xcel's grid, that time frame is a 15-hour period from 9 p.m. to noon, which includes the night and morning. Xcel's on-peak period is noon to 9 p.m., the nine hours per day during the afternoon and evening when energy use is high, especially during the summer months when air conditioning is running in many buildings across the region. Since RTD already charges our electric bus fleet during these off-peak hours, this change will lower RTD's base charges.

Demand charges
Another important difference between the current and new EV rates is that while the new rate will include a distribution demand charge, the generation and transmission demand charge has been eliminated. This single change will dramatically reduce RTD's demand charges, thereby lowering our monthly electricity costs.

Critical peak pricing
Xcel was able to offer lower energy rates and fewer demand charges by adding a critical peak charge. Every year, Xcel has 40 to 60 hours when the electricity grid is strained due to high energy usage from many customers. These hours typically occur during summer afternoons when air conditioning is being used by many customers at the same time. Critical peak pricing introduces high energy rates for EV customers during this time frame to incent less EV charging during these times when the electricity grid has less capacity. Since RTD charges our electric buses at night, we are confident that we will be able to avoid charging during these critical peaks, thereby avoiding the critical peak charges.

Seasonal base rates
The EV rate also includes different base energy rates for the summer and winter seasons. The summer base rate (from June to September) is higher since Xcel's electricity grid typically has less capacity during that season, while the winter base rate (from October to May) is lower because there is more capacity on the grid. These seasonal rates are extremely helpful for RTD because electric buses must be charged more frequently on days with low temperatures. To heat a bus, some energy is taken from its battery, which then reduces the distance that vehicle can travel. The result is that our electric buses must return to a maintenance facility during the day to recharge their batteries. With a lower winter rate, RTD will pay less for this extra energy usage.

What's next
RTD will begin using this new electricity rate when it becomes available to customers in early 2020. This rate will also be used by future electric bus fleets purchased by RTD. Over the last year, RTD successfully applied for several grants to expand our electric bus fleet. RTD was awarded $2.6 million from the Federal Transit Administration (FTA) Low or No Emission Vehicle program and $8.5 million from the VW Settlement program. This grant funding will allow RTD to purchase 17 battery electric buses, which will likely be in service in late 2022 or early 2023. These buses will run on local fixed routes that operate very differently from the MallRide service. This next fleet of electric buses will be an important pilot for determining how such vehicles could be deployed throughout RTD's system. 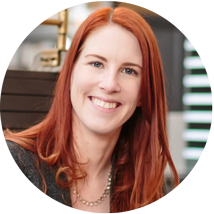 Carly Macias is a Senior Transportation Planner at RTD. She has experience in transportation planning and engineering in the public and private sector. Carly is currently the project manager for the RTD Fleet Electrification Plan, the FasTracks Quality of Life Study, and the RTD State of the System Report. She leads RTD’s interdepartmental Fleet Electrification Task Force and represents RTD in the Colorado Electric Vehicle Coalition. She is also a Vice Chair for the APTA Clean Propulsion Committee and she serves as a Co-Chair of the Scholarships & Student Outreach Committee for Women's Transportation Seminar in Colorado. Carly has a bachelor's degree in Civil & Environmental Engineering from University of California, Los Angeles and a master's degree in Urban & Regional Planning from the University of Colorado Denver.