With suicide being the 10th leading cause of death in the United States, most of us have been touched by this tragedy in some way or know someone who has. We may have lost someone close to us or been moved by the loss of someone we may have never met.

According to the Centers for Disease Control and Prevention (CDC), the national suicide rate increased 35% from 1999 to 2018, which signals a continued need for mental health and suicide prevention awareness. This need was first recognized nationally 45 years ago.

National Suicide Prevention Week (NSPW) was established in 1975 to engage and educate health professionals and the public about suicide prevention. Most importantly, NSPW aims to reduce the stigma surrounding suicide and encourages those in need to seek support. To this day, NSPW remains an important tool to help combat this ongoing public health problem, which Colorado is not immune from.

Colorado places high on many national rankings, including being the state with the lowest obesity rate and one of the top 10 states with the best quality of life. What many people may not realize is that Colorado also ranks high when it comes to suicide. In 2017, Colorado had the 10th highest suicide rate in the country, with 20.3 deaths per 100,000 residents according to the Colorado Health Institute. This high rate of suicide may help explain the prevalence of persons in crisis near transit.

RTD knows firsthand how great the need for mental health support is. "Our 24-hour police dispatch center responds to calls from people in crisis several times per week,” said RTD Chief of Police Bob Grado. “Even though we connect these individuals with crisis services, the agency wanted to do more to support the community.”

In response, RTD collaborated with the Colorado Office of Behavioral Health (OBH) and Colorado Crisis Services (CCS) to develop a suicide prevention campaign. The campaign, which launches Sept. 6 in conjunction with NSPW, was designed to generate awareness about suicide prevention and provide education about suicide warning signs and available crisis prevention resources. Campaign components include on-vehicle advertisements, social media posts and CCS contact cards for distribution by RTD police, security officers and other front-line employees as a way to connect those in crisis with resources.

RTD has several mental health programs in place, including Mental Health First Aid training for employees who interact with the public on a regular basis. The agency is working with the Mental Health Center of Denver (MHCD) to develop a series of training videos that will help employees gain a better understanding of the mental health issues they may encounter while on the job. RTD also has a contracted mental health clinician, provided by the MHCD, who works with the Transit Police Division to contact passengers who may need support. The agency is working to add three additional clinicians by January 2021.

RTD cares about the wellbeing of our riders and the community. If you or someone you know is struggling or feeling down, contact CCS for immediate and confidential assistance, 24/7/365. Call 844-493-TALK (8225) or text TALK to 38255. 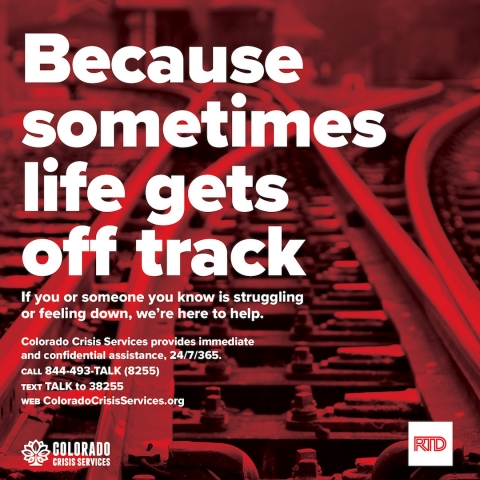 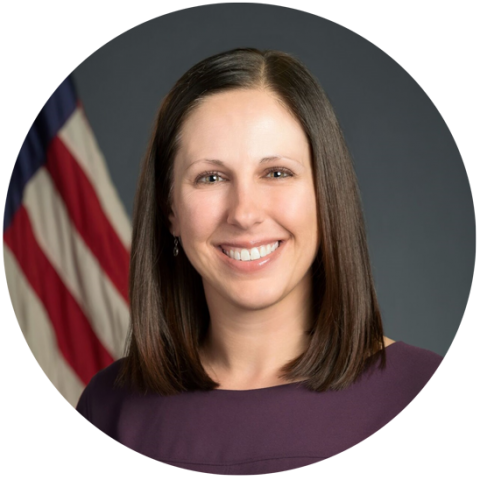 Lindsey Alarcon is the Senior Specialist of Safety Communications for RTD. Before joining the agency, she managed community outreach for Concentra Urgent Care. Lindsey graduated from San Diego State University with a B.A. in Business Administration.