Tucked away in the Rockies just west of Nederland, lurking in the shadows of the Arapaho Peaks, is Boulder’s home ski area – Eldora Mountain Resort. Just a quick 40-minute bus ride through the scenic Boulder Canyon on the Route NB, Eldora is the closest ski area to Boulder and the northern suburbs of the Denver metro area. However, in a year like none other, we all have had to adapt to a new reality, and while we have limits of 20 people per Route NB bus for now, we can take our minds off of all the negative in the world and still get our turns in. So, grab the skis and boards, snag your fare on the Mobile Ticketing app, get to Downtown Boulder Station early, hop on the NB and be ready to shred until you can’t feel your legs anymore on this powdery edition of Stop Requested!

Eldora, founded in 1962, is one of the few ski areas in Colorado that sits east of the Continental Divide. Built to service as an alternative to the resorts west of the Continental Divide, the resort found success in being so close to the Denver and Boulder metro areas. The ski area quickly started expanding, adding lifts and opening new, more advanced terrain in the late 1970s. In 1982, at the start of the ‘82-’83 ski season, RTD extended the Route N (now Route NB) to provide service between Downtown Boulder Station and Eldora Mountain Resort, a route that continues to be utilized to this very day.

Today, Eldora is truly a mountain for all. Like Transformers, there is more than meets the eye.

Eldora’s terrain varies naturally from easy groomers for the groms and first-timers to gnarly glades and steeps for the most seasoned of skiers and boarders, all interconnected by a variety of intermediate trails to get your carve on. Hop on the Alpenglow lift and take a left from the top of the lift to hit Jolly Jug, a great intermediate trail that is the perfect warmup run to get the legs ready for a day of shredding. It starts out just steep enough for you to get your turns on, then mellows out to the base area. Need more warmup laps or just want to cruise? You can keep lapping the Alpenglow lift! More intermediate runs can be found to skier’s right as soon as you get off the Alpenglow lift to cruise down that dumps you out right at the base area, such as La Belle Dame, Windmill, International, Hornblower and Four O’ Clock Trail.

Beginners, and those who just want to take it easy, can hang out on the south side of the mountain by lapping the greens off of the Caribou, EZ and Little Hawk lifts. Mellow green runs are abound on this section of the mountain, perfect for those who are learning or who just want to practice their turns before hitting the blues of the Alpenglow and Indian Peaks lifts. First timer? Be sure to check out Eldora’s incredible ski-and-ride school to learn from some of the best skiers and riders this side of the Divide.

Warmed up and wanting a challenge? Head up Alpenglow, exit right of the top of the lift and take a lap down Hornblower to Around the Horn, where you’ll end up at the Corona lift, home of Eldora’s most challenging and difficult terrain. Get a feel for the steepness by taking a speed run down Corona underneath the Corona lift or taking Wayback to Muleshoe. Ready to take it up a notch? Unload off the Corona lift, unstrap yourself from your board or skate up on your skis to the right, hike up a bit and drop into Eldora’s gnarliest terrain: Salto Glades, Moose Glades and West Ridge, all double black diamond runs. These runs aren’t for the faint of heart, full of tight trees, unmarked obstacles, rock drops and cliff drops, so be sure you have the skills and confidence in your abilities to navigate this terrain.

Now, we can’t talk about Eldora without mentioning Eldora’s Woodward terrain parks for those who really want to go full send. Woodward Eldora is the Front Range’s terrain park, absolutely stacked with rails, jumps and features of all sizes. First time in the park or just trying to dial in those basic grabs and jibs? Stick to the Caribou lift (exit left at the top) and EZ lift (exit right at the top) to access Ryder’s terrain park, with a number of small ride-on jib features and a small-to-medium-sized jump line. Want to get sendy? Then you’re going to want to lap the Sundance lift and ride the Sundance Park. The Sundance Park is the main park, full of large, pro-sized jumps, wallrides, large jibs and a ton of transition features near the bottom. After the large jump line, the park forks off. Larger rails, tubes, boxes and features can be found skier's left on lower Sundance and the smaller jibs and medium jumps and hips can be found skier’s right on lower Ryder’s. Later on in the year, you can surf the Trick Ditch halfpipe by taking Gabor’s to Trick Ditch! The park is so dialed that it’s been home to events such as Pat Moore’s Methodology, 10 Barrel Brewing Company’s Trick Ditch Banked Slalom and 2020’s Snowboarder Magazine’s Ms. Superpark.

In a normal year, you could enjoy après ski at Eldora at Timber’s Lodge before catching one of the later Route NB buses back to Downtown Boulder Station, but this year is not a typical year by any means. Both RTD and Eldora have modified operations in response to the COVID-19 pandemic that will have an impact on your typical winter experience. For RTD, Route NB buses are limited to 20 per bus max and will only run six trips each way. Buses may fill up quickly during the morning and evening rushes, so make sure to have contingency plans in the event your bus may be at capacity before you board. Route NB schedules can be found here. Don't forget, you are required to wear face coverings while onboard our buses, and we strongly encourage passengers to pre-purchase their regional fare on our Mobile Ticketing app for touchless boarding. Eldora requires face coverings in all buildings, lift lines, on lifts and wherever a minimum of six feet of social distancing cannot be maintained. Eldora is also complying with all public health orders given by both the Boulder County and the state of Colorado. Review Eldora’s policies here before heading up.

Eldora is one of the best parts of living in the Denver and Boulder metro areas, and we’re so thrilled to provide skiers and boarders with a safe and quick alternative to getting there. So, gear up, get those skis and boards waxed up, grab that Ikon or Eldora pass, get your fare and hop on board to Eldora Mountain Resort! 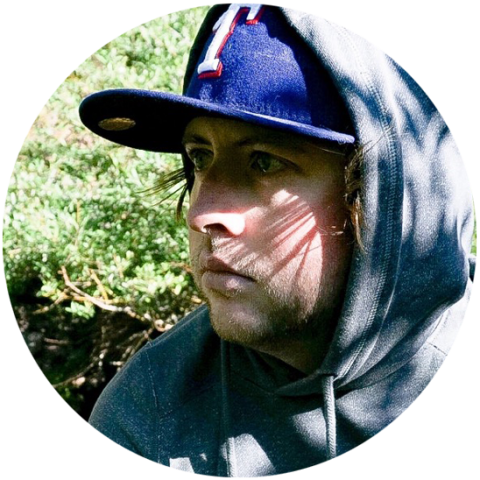 Austin Nettleton is a Digital Customer Relations Liaison for the Customer Care and Communications teams at RTD, helping to assist passengers on social media and via email with their needs. Prior to working at RTD, Austin worked at Copper Mountain as a Social Media & Marketing Specialist. He graduated from Texas Tech University in 2014 with a B.A. in Public Relations and in 2016 with a M.A. in Mass Communications. When he's not working, you can catch him snowboarding at Eldora and Winter Park or playing Call of Duty.