Take RTD to the skatepark for Go Skateboarding Day

The soothing sounds of polyurethane wheels clacking against the cracks in the sidewalks will be plentiful today around the Denver metro area, as thousands of skateboarders will be taking to the streets and skateparks to celebrate Go Skateboarding Day (GSD) on the longest day of the year.

GSD was founded in 2004 by the International Association of Skateboard Companies (IASC), a trade association of many manufacturers, distributors, investors, event organizers, skateparks and professional skateboarders, as a way to make skateboarding more accessible to everyone. Between 2004 and 2006, GSD grew to host more than 350 events in 32 countries around the globe. In 2005, the IASC was recognized by United States Congresswoman Loretta Sanchez (D) of California for its contribution to promoting skateboarding as a way for young people to get outside and be active through its efforts with GSD, making it an officially recognized holiday in the United States.

While Go Skateboarding Day is globally recognized, the soul of the day resides within local skateboarding communities. Anybody who skateboards knows how critical a role local skateboard shops play in the health of the community, and GSD is the day that those shops give back, and the Denver metro area happens to have some of the best and most well-known skate shops in the country.

Not only do these shops partner with the city and some of the biggest brands in the skateboarding industry to put on events for the day, but they also offer ways to give back to the community. Skaters heading to their local parks can find barbecues, skate contests, product tosses from brand partners and philanthropic initiatives such as park cleanings, skateboard recycle stations and fundraising opportunities to help the underprivileged get wheels under their feet. Below are some of the notable GSD events happening around the metro region.

The crown jewel of Colorado’s vast selection of skateparks, Denver Skatepark (also known as DPark) is nationally recognized and has been highlighted in numerous skateboarding media outlets. On any given day, passersby will see dozens of skateboarders shredding the park’s unique and diverse layout and may even spot a professional skateboarder or two stacking clips for a movie. Denver Parks and Recreation (DPR), which maintains the park, will be hosting a Go Skateboarding Day event there from 10 a.m. to 1 p.m. For those who have always wanted to try skateboarding but could not, this is the event to go to, as DPR will be providing loaner skateboards, helmets and even beginner lessons for FREE! Have a board and need to tune it up, or want to take the plunge and get a new board after? Emage Boardshop is just a quick skate down the road on Platte Street, right across the street from Dave’s Hot Chicken. Swing by the shop at 2 p.m. to enjoy some pizza and drinks. For more information, visit Denver Parks and Recreation’s Facebook event page.

303 Boards’ Wild In The Streets

Satellite Boardshop is Boulder’s number one skate shop and is a key pillar in the north metro area’s skateboarding community, working closely with the city and county of Boulder to build and maintain skate parks, making skateboarding as accessible as possible to those in Boulder. Each year on Go Skateboarding Day, the shop hosts a group skate from the shop at the corner of 30th Street and Valmont Road up to the Howard Heuston Skatepark, then through Howard Heuston Park to Christensen Park via paved sidewalks, eventually ending the nearly two-mile skate at The Green Block Skatepark at Valmont City Park. The full schedule of events can be found on Satellite’s Instagram page.

RTD is happy to get skateboarders to and from the skateparks for Go Skateboarding Day! RTD has several bus routes that have stops at or within a half-mile of skateparks, including Denver Skatepark, The Green Block Project at Valmont City Park, Erie Community Street League Skatepark, Pioneer Park Skatepark, Broomfield Skatepark, and the Skatepark at Scott Carpenter Park. Need to know how to get to a skatepark via RTD? Use the Trip Planner web app to find out which route(s) to take, and use Next Ride to keep tabs on where the bus or train is in real time. Lastly, be sure to sign up for Service Alerts to be in the know in case anything happens on a route or line that disrupts service.

Whether it is heading to the nearest skatepark or just cruising around the neighborhood sidewalks on a skateboard, get outside and go celebrate skateboarding! 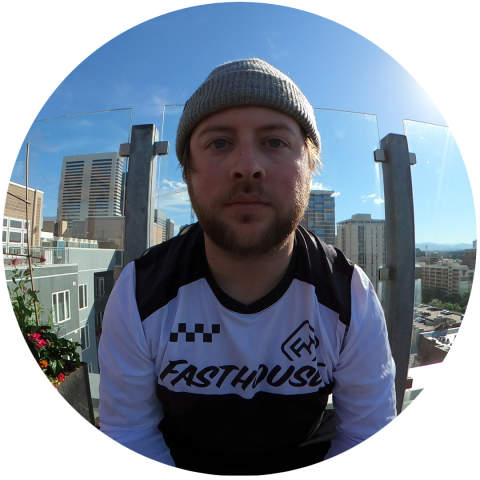 Austin Nettleton is a Senior Specialist, Public Relations for RTD, taking lead on internal communications while assisting with external communications efforts and media requests. Austin graduated in 2014 and 2016 from Texas Tech University with a Bachelor of Arts in Public Relations and a Master of Arts in Mass Communications, respectively. He loves action sports, gaming and Formula One. When he's not snowboarding at Copper or Eldora, he's either mountain biking at Trestle Bike Park or Ruby Hill, playing Fortnite and Call of Duty, or waking up at 6 a.m. on a Sunday morning to watch Formula One.