To support public health and well-being in transit, start with collaboration

In May 2014, when the Regional Transportation District (RTD) reopened Denver Union Station for transit use following extensive renovations, the historic site became the central hub of the agency’s system – bringing together all modes of travel in one place and providing customers with connections across the agency’s services. The sleek, sunlit underground bus concourse called to mind an airport terminal, with vehicles departing every 48 seconds in those initial days. Union Station became a destination for locals and visitors alike, and the initial $484 million investment has spurred billions of dollars in economic development in downtown Denver.

Then, with the arrival of a global pandemic, commuter patterns changed – and so did this once-vibrant transit hub. The absence of tens of thousands of people flowing through the space each day has led to an influx of individuals to claim it, many of whom experience houselessness, along with either mental illness, addiction issues or both. Throughout the Denver region, leaders, businesses, neighbors and RTD’s customers are looking squarely at the agency to ask what we are doing about it.

Houselessness in metro Denver is not a new issue; it has affected communities in the region of all sizes for generations. Moreover, houselessness is a pervasive concern whether a city has one or 1,000 residents who are unhoused. The topic of providing solutions for unhoused individuals has made its way to an increasing number of APTA agendas, enabling discussion about realities and best practices. I know my transit peers are grappling with the same issues across the country.

In many cases, persons who are unhoused gravitate to transit because they feel safer on vehicles and properties than on the street. While our purpose as a provider of public transportation is to serve our customers to the best of our ability, I believe we also carry a responsibility to address complex, societal issues like this one – which, admittedly, RTD alone will not solve. That said, we can be a strong community partner by focusing on the piece that we can control.

Recognizing that every city is different, I also see commonalities in the considerations we bring to this issue. I share the following suggestions to prompt conversation and new discoveries in other regions:

Collaborate with others. This is the most important piece of advice I can offer; it is where all meaningful work begins. Reach out to cities, houseless outreach providers and service-based organizations, and tell them you want to get involved. Public transportation moves through municipalities that are all encountering issues related to houselessness and mental health, and groups everywhere are working to find viable approaches as they make decisions. Transit needs to have a seat at those tables – and our perspectives are eagerly welcomed. One example: In April 2020, an emergency shelter for unhoused individuals opened at the Denver Coliseum, a destination to which RTD typically directs more buses only during the annual National Western Stock Show. Because the agency had been part of the conversation around this change, we placed larger vehicles that ran more frequently on that route and added street supervisors to ensure social distancing on our vehicles.

Enlist the help of mental health clinicians. After he joined RTD in 2015, then-Deputy Police Chief Steve Martingano knew that the city and county of Denver had begun a co-responder program that paired a police officer and a mental health clinician to coordinate services and support for persons experiencing mental health episodes. Believing that RTD would benefit from a similar approach, he contacted the Mental Health Center of Denver in 2017 to arrange for a similar co-responder unit, the first among public transportation agencies in the country. To keep up with high demand, the team grew a year later to include four clinicians, and these individuals significantly contribute toward RTD’s approach to effectively police its system. The team’s members show their value through the contacts they make, a value that can and cannot be quantified. I encourage other agencies to try out such an approach to determine if it would be worth the investment.

Research what resources are available. Challenges arising from the presence of individuals who came to regularly linger at Union Station led to the creation of a houseless outreach group in 2019 that includes agency staff and local outreach organizations. As attention around houselessness grew – and with data showing that persons experiencing houselessness accounted for more than 70% of RTD’s mental health contacts – Martingano and his colleagues believed RTD also needed a coordinator specializing in houselessness outreach. In 2020, the agency obtained a $180,000 Helping Obtain Prosperity for Everyone (HOPE) grant from the U.S. Department of Transportation that allowed RTD to budget for such a position. When the agency applied for this grant, those involved were not sure whether the federal government would award it for this purpose. Funding is available. I encourage you to go after it and see what happens.

Be honest about the issues your system is experiencing. I meet often with leaders across the Denver metro region. I tell them what resources RTD can and will devote to the problems we face, and I ask for help. As mentioned previously, we cannot enact impactful change alone. As transit leaders everywhere face the challenges of changing travel patterns, I know that it can be unsettling to acknowledge that the current reality is not pretty. It also could not be more crucial to speak about challenges just as they are. Honesty can bring new opportunities for funding, new potential for partnerships and new perspectives to address challenges.

Consider changing your policing structure. RTD in April 2022 restructured its forces into four patrol-specific impact teams, focused on bus, rail, community engagement, and mental health and unhoused outreach. Whereas the prior model was very reactive, reorganizing agency resources in this manner allows teams to be more proactive, visible and engaged. Further, it enables better decision-making around where to deploy employees to deter criminal activity and be available for customers.

Communicate about the changes you make. Through collaboration with the city and county of Denver, the Denver Police Department and local leaders, RTD has begun implementing a series of facility enhancements at Union Station to address unwanted behaviors that will culminate in the establishment of a paid fare area. These changes collectively will cost between $10 million and $15 million. Recognizing that the public deserves to know about all that is happening in this space, RTD has launched a webpage that will be updated frequently with details about specific enhancements as changes are made. The page includes mechanisms for the public to sign up for information and to submit questions or feedback. It also includes links to related resources, such as RTD’s Transit Watch app.

Join a working group to learn from peers. Policing philosophy continues to shift, led by a recognition that firm compassion can be more effective than enforcement and incarceration. I believe agencies can reclaim their space for transit use while showing individuals that they care about their well-being. Meeting with fellow professionals to share experiences is an excellent way to reflect on how to do this. When RTD began discussing its approach to vulnerable populations a year and a half ago, three agencies took part. That group has swelled to include more than two dozen agencies of all sizes from across the United States.

I encourage you to continue listening to your communities as you proceed – they will tell you what you need to know, and the best solutions will be formulated together.

This piece was previously published in the June 6 edition of Passenger Transport magazine, published by the American Public Transportation Association. 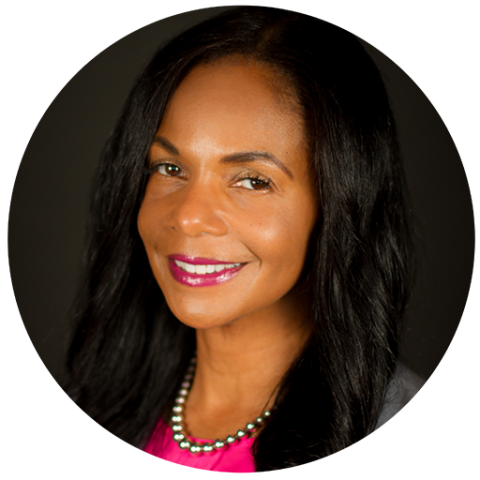 Debra A. Johnson is a person in the people business, a transit executive guided by the knowledge that her decision-making has direct bearing on the public’s ability to make connections that benefit their lives. Johnson was selected as General Manager and CEO of Denver’s Regional Transportation District (RTD) by the agency’s Board of Directors on Aug. 25, 2020. She is the first woman to lead the agency in its 52-year history.

Johnson joined RTD on Nov. 9, 2020, from Long Beach Transit, where she served as Deputy CEO of the Southern California agency from May 2014 to October 2020. Prior to that, Johnson held executive positions at the Los Angeles County Metropolitan Transportation Authority (LA Metro), the San Francisco Municipal Transportation Agency (SFMTA) and Washington Metropolitan Area Transit Authority (WMATA).

Johnson holds a master of arts degree in public administration from California State University Hayward (now CSU East Bay), and a bachelor of arts degree in international relations from the University of California Davis. She is a proud alumna of civic leadership programs in San Francisco and Long Beach, as well as the Eno Center for Transportation’s Executive Development Program. Johnson serves on the American Public Transportation Association (APTA)’s Board of Directors, Commuter Rail CEOs Committee and Emerging Leaders Committee. She is a board member of the American Public Transportation Foundation.

Johnson is also active with the Women’s Transportation Seminar and the Conference of Minority of Transportation Officials (COMTO). She has received numerous awards and accolades, including being named in 2019 by COMTO as one of 10 “Women Who Move the Nation.”

How I Roll
Take RTD to the skatepark for Go Skateboarding Day
To support public health and well-being in transit, start with collaboration