What Sustainability Means to Richard Rost: it's all in the details

How many times have you been asked who you would pick to be stranded on a desert island with? Did you pick your closest friend or significant other? What about the person who makes you laugh the most? Odds are good that if you know Richard Rost, you would pick him.

If something needs to be done, Rost likely knows how to do it. An RTD employee since 1986, Rost, who manages the Facilities Engineering team, has been implementing sustainability measures since before LEED certification was established.

Rost and his team are tasked with designing and implementing new processes and structural improvements throughout RTD facilities. Many of the sustainable projects are designed around energy efficiency and water conservation as a means of using resources effectively.

“Sustainability is the right thing to do – especially in Colorado’s climate, where it can be really dry,” Rost said.

He helped xeriscape the former Market Street Station to minimize water usage when it was operational. Water usage was also decreased when ferns were replaced with xeriscaping at Civic Center Station in 1998. These, and other water efficiency efforts, help ensure that the landscape can thrive regardless of climate.

“Low-hanging fruit” opportunities are those that are easy to implement and have quicker returns on investment. For example, Rost and his team change sink fixtures when they need to be replaced or when rehabilitating an area. The upgraded fixtures are “hands-free,” and the amount of water that comes out is controlled. This change saves water and is hygienic. Installing low-flow sink fixtures is standard on RTD new construction projects such as the 711 building, which houses RTD’s Customer Care division, the treasury and operations for the forthcoming N Line.

In addition, replacing incandescent lights with high-efficiency LED lights saves energy because not spending money on extra energy use leads to cost savings. RTD has steadily been making this change at Park-n-Rides.

Over his 34-year tenure at RTD, Rost has worked on every type of project possible. Richard indicated that some of the most interesting and enjoyable examples he’s worked on include:

When reflecting on his career, Rost notes, "I never expected to be employed with RTD for so long. The opportunities RTD provided me throughout the years in addition to the variety of work has kept me here. By working in the public sector I've gotten to play a small role in promoting a sustainable future for Denver."

It’s no surprise that Rost’s team has virtually no turnover, with average tenure ranging from 10 to 25 years. The group is collaborative, has varied and complementary experience, and works for someone with strong institutional knowledge.

“He taught me the devil is in the details,” notes Robin McIntosh, RTD’s senior manager of facilities and maintenance. “His attention to details makes him extraordinary.”

Rost is driven by his love of working for a public agency and the puzzle of figuring out what to do when a mechanical system reaches the end of its useful life. What product do you choose to maximize efficiency, integrate with other building systems and give the best return on investment?

Going forward, Rost sees a future in solar. It’s practical and would come in handy if you and he are ever stranded on a desert island together. 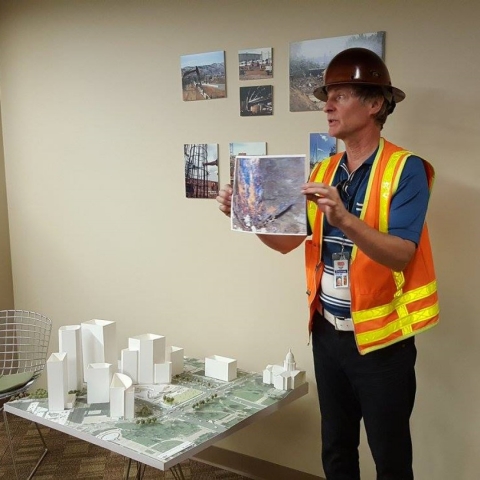 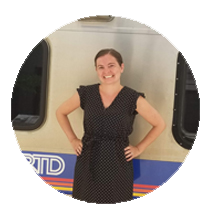