Collaboration made the E, F and R Extension possible

May 17 marks the one-year anniversary of the opening of the 2.3-mile E, F and R Extension and we want to take the opportunity to reflect on the collaboration and milestones that made it happen.

Sixteen years ago, voters approved the FasTracks plan that expanded public transportation throughout the Denver metropolitan area. It included 122 miles of new light and commuter rail, bus rapid transit between Boulder and Denver, 57 news transit stations, 31 new Park-n-Rides, 21,000 new parking spaces, and the renovation and transformation of Denver Union Station into an intermodal hub. The E, F and R Extension was part of the plan.

As we celebrate the first anniversary, we take a look back at the history of this extension.

In November, voters approved the FasTracks plan, which included establishing the R Line and extending the E, F and R lines south of Lincoln Avenue into Lone Tree. 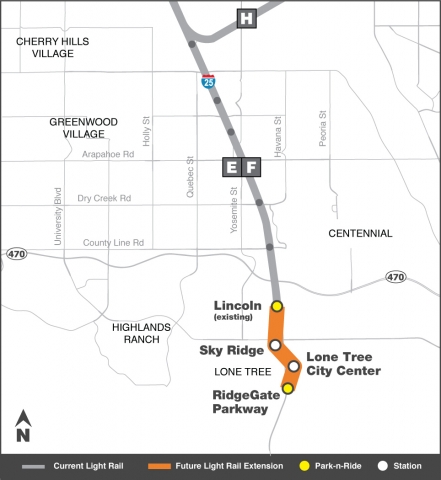 By year’s end, 30 percent of basic engineering was completed.

Using the EE as a guide, the project team conducted an Environmental Analysis, which is required when pursuing federal funding.

In 2014, RTD’s Board of Directors officially authorized the 2.3-mile extension of the existing E and F lines and future R Line from Lincoln Station to the new end-of-line at RidgeGate Station. Sky Ridge and Lone Tree City Center stations are part of the extension.

Southeast Denver business associations, companies and municipalities joined forces to support the new light rail extension. The city of Lone Tree and area stakeholders contributed $25 million to support the project, with an additional $3 million of in-kind contributions, land and right of way. The local match of approximately 12 percent of the project cost far exceeded the 2.5 percent match RTD asked of its local partners and helped RTD successfully secure federal funding for the project. RTD received $92 million from the Federal Transit Administration Small Starts funding program, as well as $9.4 million from Congestion Mitigation and Air Quality grant funds. The total cost of the project was $233.1 million.

The official groundbreaking ceremony was held in May near Sky Ridge Station. 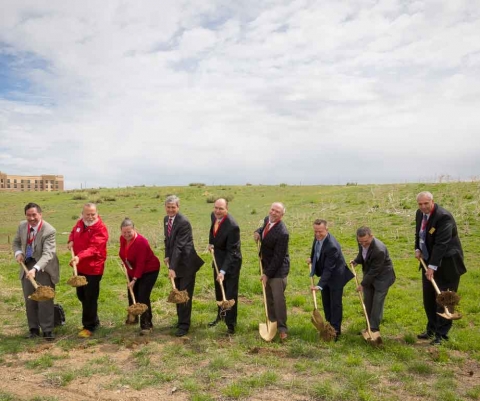 Excavation began and crews lowered the land elevation as much as 20 feet in some areas along the site. 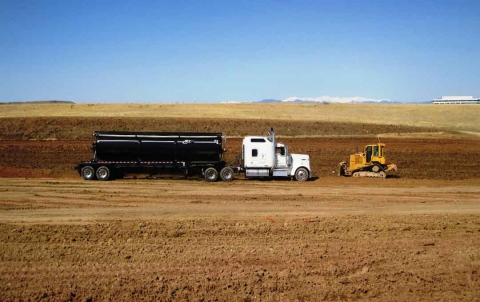 On Feb. 24, RTD celebrated the opening of the 10.5-mile extension of the R Line from the Nine Mile Station north to the Peoria Station. As a result, the R Line now stretches 22 miles from Peoria Station south to Lincoln Station. The line provides direct connections to the University of Colorado A Line and the H Line, making it easier to get to the airport, the Denver Tech Center and downtown Denver by train. 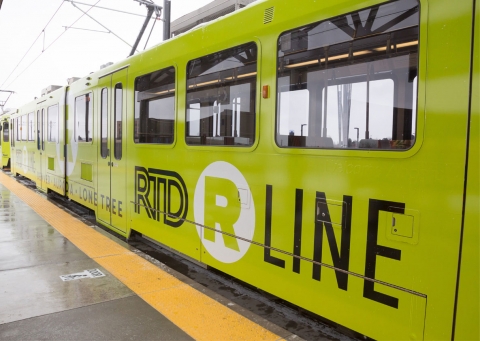 In March, RTD’s Southeast Rail Extension construction crews set eight precast concrete girders that were needed to build a light rail bridge across I-25. This was a major task and required two overnight closures of both directions of the interstate. The light rail bridge would allow trains to safely cross over I-25. 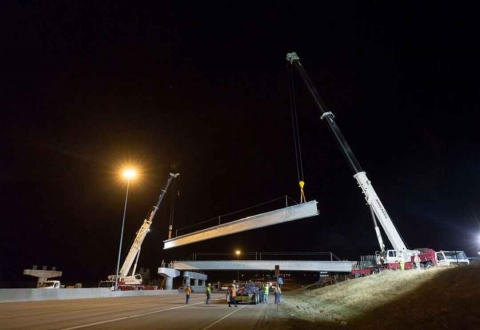 In September, the team celebrated reaching the project halfway point. 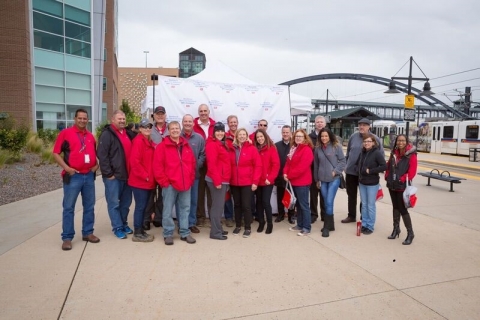 Construction continued on bridges, stations, track and utilities with crews nearing substantial completion of construction by the end of the year. 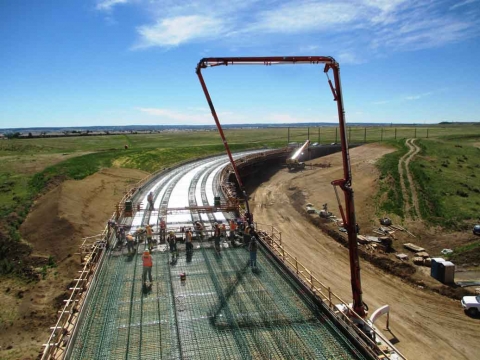 The project entered a new phase, called “integrated testing,” which involved examining all the components of the rail system and correcting any issues. During integrated testing, the lines were energized, and test trains ran to verify if the line was safe and working properly. 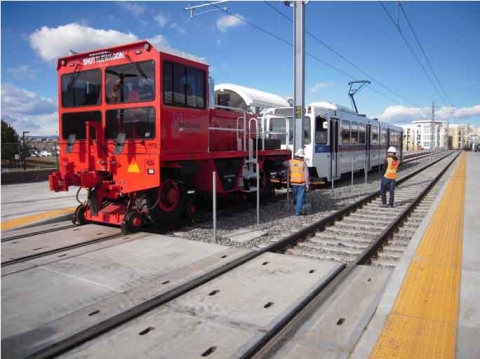 The project reached substantial completion of construction. Integrated testing reached completion and the next period of light rail testing – simulating passenger service – began. This phase is referred to as “pre-revenue testing.”

On May 17, the extension opened on time and within budget with a grand-opening ceremony, followed by art dedications and station parties the next day.

Upon the line’s opening, then-General Manager and CEO Dave Genova recognized the strong, collaborative effort that made this line a success, noting, “The Southeast Rail Extension provides walkable access to light rail and serves as a model for mobility, access and smart growth. We are grateful to our local partners for their cooperation, collaboration and unprecedented funding contributions that allowed us to expedite construction by as much as 20 years. We commend our partner and construction contractor, Balfour Beatty Infrastructure Inc., for their commitment to completing this project on time and within budget.” 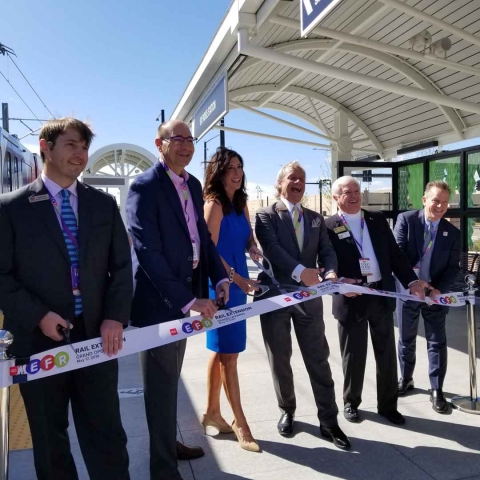