During Hispanic Heritage Month, celebrated from Sept. 15 to Oct. 15, RTD recognizes contributions by Hispanic Americans, Latinos, Latinas and Latinx-identifying people to our culture and society. Hispanic Americans are the largest minority group in the United States today, and generations of Hispanic Americans have consistently helped make our country strong and prosperous. 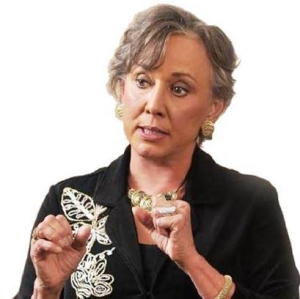 RTD salutes Juana Bordas, a local, national and international Latina leader who continues to inspire Latina women through her dedication to leadership, diversity and organizational change.

As a young girl, Bordas emigrated from Nicaragua with her mother and older siblings to join her father in the United States. The youngest daughter in a family of eight, Bordas was the first in her family to attend college. She credits her parents with instilling in her a lifelong desire to embody the principles of servant leadership by giving back and assisting other Latinos/as in finding their place in society.

Following college, Bordas served in the U.S. Peace Corps and worked in the barrios of Santiago, Chile, helping women form work cooperatives to feed their children. The Peace Corps later honored her with the Franklin Williams Award, recognizing her commitment to advancing communities of color.

Bordas is founder of Denver’s Mi Casa Resource Center. Today, Mi Casa is recognized as a national model for women’s empowerment. Additionally, Bordas was founding president of the National Hispana Leadership Institute (NHLI), the only program in America that prepares Latinas for national leadership. She also founded the Circle of Latina Leadership to prepare the next generation of leaders and received commendation by Latina Style Magazine for creating “a nation of Latina leaders.”

Among the many accolades she has received for her work, Bordas was selected for the Wise Woman Award by the National Center for Women’s Policy Studies, and she was inducted into the Colorado Women’s Hall of Fame in 1997. The Denver Post and the Colorado Women’s Foundation named her the Colorado Unique Woman of the Year in 2009.