RTD has suspended all bus and rail service into and out of downtown Denver until further notice in light of protests over the death of George Floyd in Minneapolis earlier this week.

Prior to May 17, 2019, the farthest southeast a rider could travel by light rail was to Lincoln Station in Lone Tree. The grand opening of the Regional Transportation District (RTD)’s 2.3-mile E, F and R Extension a year ago this month, made it easier to access health services, work prospects, shopping, restaurants and numerous current and future economic development opportunities in the Lone Tree area.

The marketing theme chosen for the grand opening of the E, F and R Extension, which added three stops and extended the line to RidgeGate Station, was appropriately titled “More to Love in Lone Tree.”

But what else is there in Lone Tree? With light rail laying the groundwork for surrounding development, the answer is a whole lot – with more to come. The community was designed with walkability to transit in mind and is one of the most connected in the Denver metro area. Here’s an overview of what has been developed and is planned near the three stations. 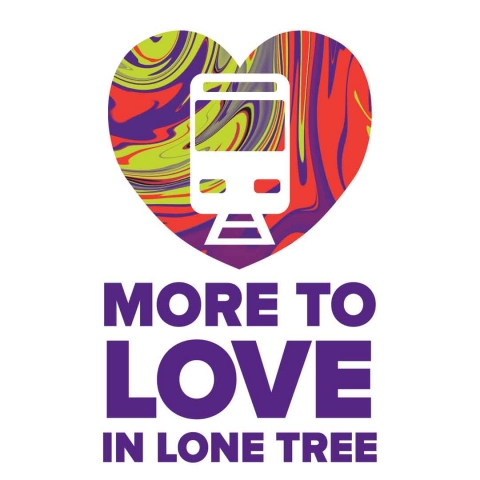 Towering above the station’s curved sandstone feature wall, is a tall yellow art piece called “Willow.” As described by artist Curtis Pittman, “The goal was for the art to have an urban prominence by both vehicle and foot; and serve as a key wayfinding device to the surrounding community. Aesthetically, the form of the artwork was influenced by the surrounding prairie grasses and the quaking aspens found in the Colorado foothills.”

An early resident of Lone Tree, Mayor Jackie Millet is an enthusiastic supporter of RTD’s light rail and other transit services. As she helped cut the ribbon on the new line, Millet highlighted the partnerships that made it possible to bring walkable transit to both sides of Interstate 25. "The completion of the Southeast Rail Extension is a story of collaboration and perseverance. Without the contributions of public and private funding partners, we would not be celebrating the opening of these three stations. Lone Tree has witnessed firsthand how investments in transportation infrastructure have improved the quality of life for existing residents and businesses and has attracted top tier employers to the city. It’s worth noting that Sky Ridge Medical Center, Charles Schwab and Kiewit chose to build their campuses adjacent to the new Sky Ridge Station."

Across the street from the station is Sky Ridge Medical Center, which employs 3,000 people. HealthOne, the hospital system that owns the medical center, purchased 10.75 acres west of the facility in March 2020 for future expansion in the area.

Adjacent to Sky Ridge Station, construction is underway on the regional headquarters for Kiewit, one of the largest contractors in the world. Once the campus is completed, there will be approximately 1,150 employees at the regional headquarters. The first phase of construction is slated for completion in Spring 2021 with a second phase expected to be completed in 2022. 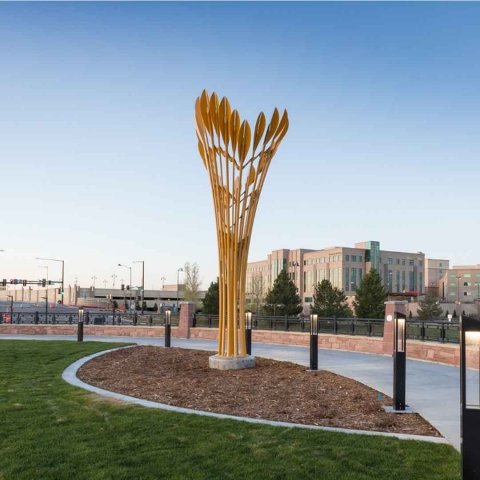 The next station to the south is Lone Tree City Center Station. This station will be in the epicenter of activity as the area east of I-25 develops over the next 10-plus years.

City Center will become Lone Tree’s new downtown. The land surrounding the station is zoned for mixed-use development that could include restaurants, housing, government offices, entertainment, hotels, parks and business offices. The area, when developed, is projected to create 40,000 jobs. 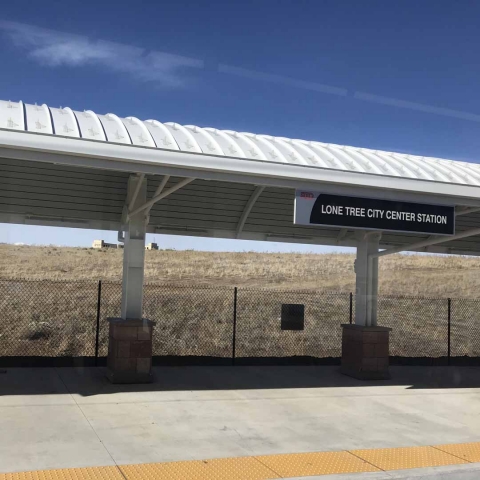 At the end-of-line is RidgeGate Parkway Station, which features a 1,300-space parking garage. The station is increasingly popular with commuters who travel into downtown Denver on the E and F lines or connect via the R Line to the University of Colorado A Line that takes them to Denver International Airport.

Next to the ranch is green field acreage that is planned for development of a master-planned community. The area will eventually include a hotel, multi-family residential, commercial and office buildings. 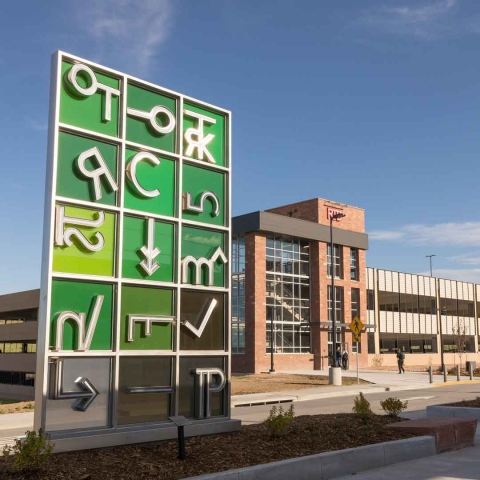 2020 and beyond
As Lone Tree develops, the three stations added at the southern end of the E, F and R lines provide connections throughout the Denver area and beyond. Ridership on the E, F and R Extension between May 17 and December 31, 2019 was 928,000 boardings. These boardings are likely to increase with future development and the population increases.

Next time you are looking to discover a new area, hop on the E, F or R Line to discover how much more there is to love in Lone Tree.