Initiative features stories and photos from employees across the transit agency. 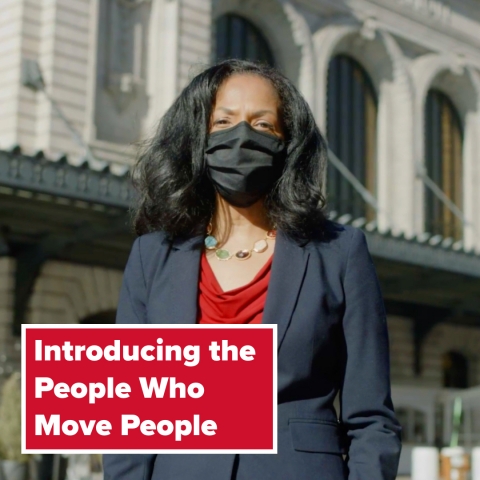 The dedicated men and women of the Regional Transportation District (RTD) are the heartbeat of the agency, possessing an unwavering sense of duty to the customers and communities they serve. They are the “People Who Move People,” and with the launch today of a special campaign by this name, General Manager and CEO Debra A. Johnson invites the public to meet some of RTD’s phenomenal employees.

The campaign debuts publicly today aboard RTD vehicles and on the agency’s digital platforms. From March through December, employees and their unique stories will be featured each month, showcasing their personality, passions and connection to the community. From operators to mechanics, engineers to accountants and everyone in between, each individual carries a commitment to RTD’s mission to move people.

RTD employees “have this innate desire to be of service to others, to showcase their resilience, their perseverance and their dedication to the people in this wonderful region,” Johnson shares in a short video that kicks off the initiative. “And when you have that level of care, you’re going to give it your all.”

With “People Who Move People,” RTD brings to light an understanding of why so many people across the region have empathy, respect and admiration for RTD employees, seeing them as exceptional, real people enthused to help customers get where they need to go as seamlessly as possible.

The first employee to be profiled in the campaign is bus operator Suna Karabay, a 44-year-old native of Turkey who has driven the route 15L along Colfax Avenue since she joined RTD eight years ago. The Aurora resident is a touchstone for the thousands of people she has served, both before and throughout the pandemic. She calls her customers “my people,” and exudes pride in being part of a team that is “out there nonstop moving the city.”

To watch the debut video, and to read more about Karabay and each of the “People Who Move People,” visit the webpage, which will be updated frequently with new stories and photographs.