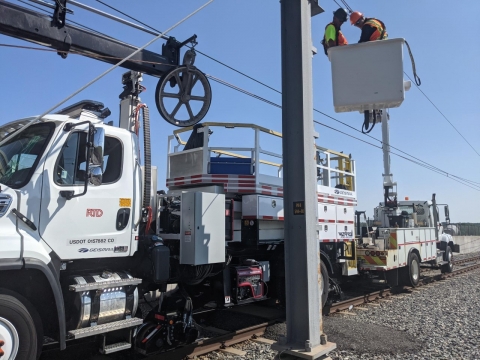 Last week, RTD’s own Maintenance of Way (MOW) team accomplished something that’s never been done before in the 27 years RTD has been operating rail: completely rebuilt 2,100 feet of overhead wire in a week. This large scale of replacement/repair of wire is a first for the agency.

This comes after a large overhead wire was ripped down on July 2. It was likely due to the magnesium chloride produced by de-icing of the interstate that runs alongside the alignment. A team of 30 people on different shifts worked on this feat, all while dealing with record heat and the July 4th holiday.