Making our commutes a nonissue is a massive crew of employees whom RTD customers seldom see – hundreds of people who mobilize when the weather calls for it and fan out across the eight counties that constitute the agency’s 2,342-square-mile service district. The combined represented, non-represented and contracted resources RTD brings to a storm oversee snow and ice removal at approximately 675 locations, including 330 bus shelters and 106 Park-n-Rides and light rail stations. (A lesser-known fact: About 97% of RTD’s 9,400 or so bus stops are to be maintained by municipalities, companies that own a bus stop shelter with advertising or the adjacent property owner, not the agency.)

Added facilities maintenance supervisor Mike Carlson: “People expect us to catch the snow before it hits the ground. You’ve got to let it hit the ground, and then we can move it. But if it keeps snowing and it keeps coming back, it looks like we’re not doing anything all day.

“When it’s over,” Carlson emphasized, “it’ll be clean.”

Carlson noted the reality that storms are literally moving targets, with variation in snow accumulation and weather conditions across the district. Boulder tends to get more snow than other places, he said, and that city has its own crews and contracts. In the event of a storm that blankets the whole region, he said, everyone assigned to the storm is busy as they work to keep up. When the wind leads snow to drift in open areas, extra crews and equipment are sent there to help out. 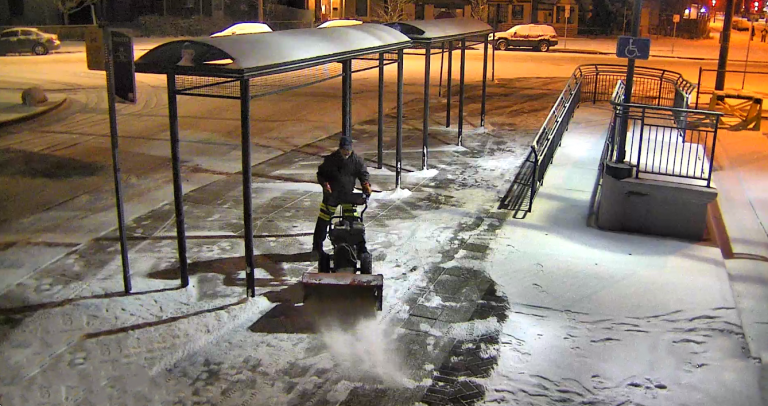 “You’ve got to keep on it, keeping moving it,” Carlson said. “It’s the same thing on the ramps going up (U.S.) 36: We get it all plowed, and the state will come through and plow us under. We’ve got to go back and clean all that back up again. It gets busy.”

Riker, who has been managing snow removal for just over a year, wryly notes that he used to enjoy weekend snowstorms, when he could watch them through a window with a hot cup of coffee in hand. Given all that he has learned, he said, “I think of them a lot differently now.” 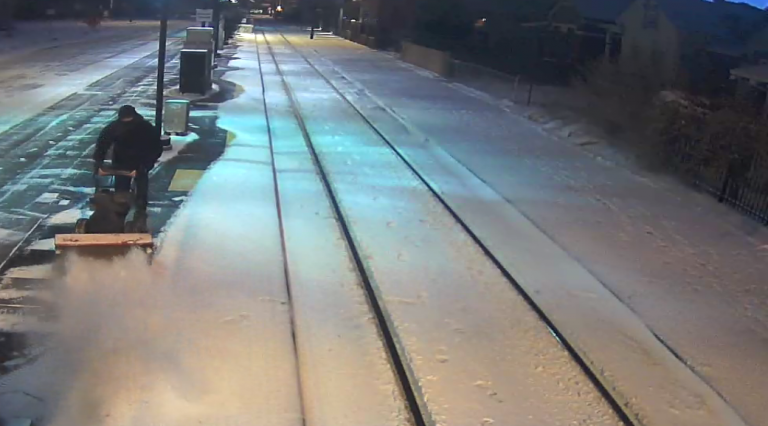