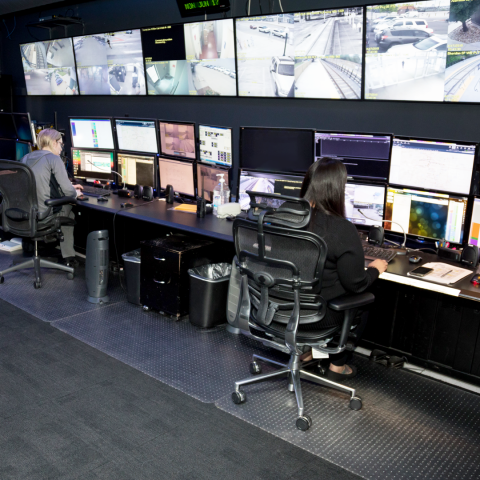 The RTD Board of Directors this week heard a wide-ranging analysis of the agency’s approach to public safety and security.

The report, compiled following a peer review study in February and March by the American Public Transportation Association (APTA), listed 57 recommendations. They include:

The APTA peer review study, similar in methodology to one presented last month regarding RTD’s internal audit procedures, was instigated in January by RTD General Manager and CEO Debra A. Johnson. She told the Board she wanted to “chart a path forward” with how safety and security issues are managed.

All Board members who spoke expressed appreciation to Johnson for initiating the analysis and to the APTA presenters for their findings.

RTD Director Erik Davidson wondered if improved data collection by RTD would have been useful for the APTA team’s analysis. “Are there any major unanswered questions or issues you couldn’t get into as deep as you would have liked given the lack of data and, if so, what might those areas of uncertainty be?” he said.

Aston Greene, executive director of safety and security at LA Metro, said yes. Deploying security should be based on data and statistics, he said. Data determines the levels of resources you apply to address various issues, whether it’s needing more canine units to assist with suspicious packages or increasing the numbers of mental health evaluators.

“Not having a crime picture is like being in the blind, if you will,” Greene said. “Not having that information is limiting in terms of being able to craft or develop a very thoughtful security program.”

Several overarching themes emerged from the presentation. One was to rely less on a private security firm, particularly when they act as first responders. Training among contracted staff might not be as rigorous as for a trained staff police officer, the analysts said, and the contractual relationship might mean a security staffer is not as invested in the agency’s success and image. They are not “agents of the agency,” said one.

The cost of a contract may appear lower, but the cost also must be measured in terms of the quality of the customer experience.

Another theme involved recruitment and retention. In January 2021, the turnover rate among security staff hit 84%. The national average is 40%. RTD also needs to do a better job of ensuring that its security staff reflects the diversity of the community.

A portion of the presentation was devoted to the issue of managing Union Station, particularly around homelessness and vandalism. Safety oversight at Union Station, the report noted, should involve better cooperation and understanding with Denver Police Department in terms of issuing citations and making arrests. RTD security staff, the report asserted, may have more statutory authority and more enforcement power than it currently deploys and may not need to wait for DPD to respond in most instances.

In addition, the report urged that RTD run a pilot program regarding ”paid fare zones” in “intermodal” facilities (where buses and trains connect, such as Union Station). The idea is to limit access to these spaces to transportation customers and set specific rules and regulations, as a result, for their behavior.

A community policing model to build trust with the community should be embraced, the report advised, and the agency should work to gather community feedback about transit security, provide education about the new security model, and expand outreach through community partners and law enforcement agencies.

The study also recommended that RTD perform a workload analysis of the two communication centers it now runs – one system that dispatches assistance along bus routes, one for rail – and consider merging the functions.