RTD Board of Directors authorizes new contract for union employees 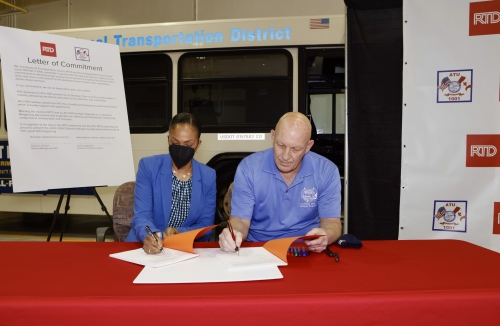 RTD's Board of Directors today authorized the agency’s General Manager and CEO Debra A. Johnson, to enter into a successor three-year collective bargaining agreement (CBA) that raises wages for all of the agency’s union-represented employees more than 25% over the period of the contract, starting with a 16% or higher increase in the first year and 4% in each subsequent year.

A 16.6% increase for RTD’s bus and rail operators in the first year brings their starting hourly wage from $20.58 to $24, and provides the first opportunity for an increase at six months instead of one year, with increases every six months and reaching the top rate after four and a half years. Other entry-level wages include $30.25 for a general repair mechanic in Bus Operations, $35.65 for a signal/traction power maintainer in Light Rail Maintenance, $34.48 for a journeyman electrician in Facilities Maintenance, $33.77 for an electro mechanic in Light Rail Maintenance, and $29.68 for a track maintainer in Commuter Rail Maintenance.
Providing RTD’s represented employees with a market-based living wage, better quality of life and career opportunities were the focus of negotiations for the most recent contract, which will be made retroactive to Jan. 1, 2022, and extend through Dec. 31, 2024, to align with the agency’s annual budget. Current RTD employees will receive the new wage rates, retroactive to January, by May 2022. The prior three-year CBA took effect in March 2018 and was extended one year in light of the COVID-19 pandemic.
The CBA is the legal contract addressing wages, hours, and terms and conditions of employment for two-thirds of RTD’s employees who are represented by Amalgamated Transit Union Local 1001 (ATU 1001). Leadership teams from the agency and ATU 1001 reached a tentative agreement for the successor CBA on Feb. 28, after more than five months of negotiations. On March 17, ATU 1001 President and Business Agent Lance Longenbohn informed GM/CEO Johnson that union employees had ratified the successor contract. RTD’s Board acted this morning to authorize Johnson to enter into the contract.
“RTD’s success is intertwined with that of the Amalgamated Transit Union Local 1001. The agency could not deliver high-quality transit services throughout the Denver metro area without the dedicated union employees that constitute the majority of the workforce,” Johnson said. “The RTD Leadership Team and I are proud to partner with ATU 1001 to offer a competitive market wage and quality of life improvements to our employees, while at the same time enhancing operational efficiencies by thoughtfully crafting a successor CBA that truly benefits both parties.”

“ATU 1001 is pleased with the outcome of our contract negotiations with RTD,” Longenbohn said. “The bargaining was conducted in good faith, and many significant improvements were made in wages and working conditions. Under General Manager Debra Johnson’s guidance, the district demonstrated a commitment to its union employees and their well-being that is sure to contribute to our mutual goal of the success of the agency.” 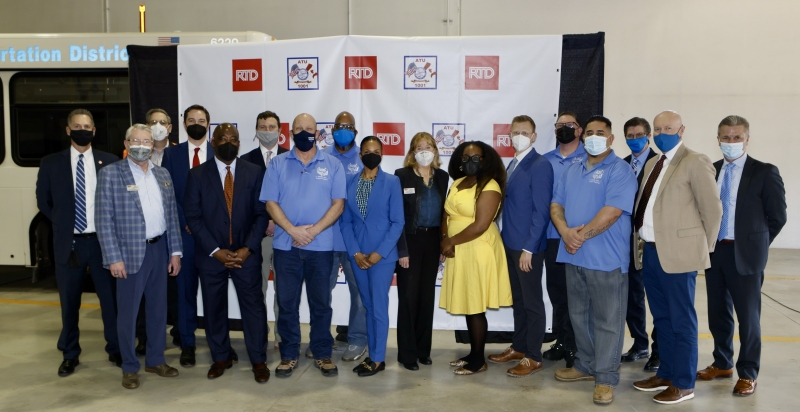 The successor contract outlines higher health and welfare contributions and details tool allowances. Other topics addressed include the following:

To read the full Board report authorizing the successor contract, click here.