RTD is joining transportation agencies across the country in renewing calls for a second wave of federal pandemic aid to support vital services for essential workers and avoid catastrophic cuts to jobs and critical transit service.

RTD Chief Executive Officer and General Manager Paul Ballard added his voice to a concerted push for a proposed $32 billion nationwide transit rescue package, which could preserve thousands of jobs and ensure that the public transportation needed to fuel economic recovery remains in place through the pandemic.

Metro Denver’s transit agency is discussing the elimination of up to 550 represented and salaried positions to balance the 2021 budget, among thousands of job cuts and service reductions announced by major transit providers around the country.

“Your support for additional transit funding can enable RTD to avoid these dramatic cuts, continue to provide essential transit services and, importantly, to support the economic recovery of the Denver region once we reach the other side of the pandemic,” Ballard wrote in a briefing to the congressional delegation and local leaders.

Though expert opinions vary on whether Congress can reach agreement on a new pandemic economic relief bill that the White House will sign, proponents of more aid will try to move forward next week. RTD joins the American Public Transportation Association and a coalition of dozens of trade groups, local governments and business leaders in seeking at least $32 billion nationwide for public transit.

The message to Congress is the need to protect good jobs; defend the progress agencies made in hiring and training new operators during pre-pandemic employee shortages; and maintain the transit infrastructure that metro economies rely on in good times and bad, said Patricia H. Doersch, RTD’s federal lobbyist and a partner in the Washington, D.C., office of Squire Patton Boggs LLP.

Earlier this year, RTD cut back its daily service to about 60% of pre-COVID-19 levels in response to a decrease in ridership resulting from the pandemic. The agency is facing a $215 million deficit next year and expects to run a reduced level of service for the foreseeable future, although it has not outlined a time frame for which this will be the case.

RTD received $232 million in the first wave of federal transit relief during the pandemic, and has used that money to fulfill the 2020 budget decimated by the loss of both farebox revenue and the regional sales and use taxes that supply up to 80 percent of funding. Other major agencies around the nation received similar, proportional amounts in a total transit relief appropriation of about $22 billion.

At the time of that first round of COVID relief funding, few imagined the pandemic’s impacts on transit ridership and revenues would be so long lasting. With no end in sight, RTD continues to take all possible cost-saving measures, yet federal support can close the funding gap faced by transit agencies nationwide.

Ballard said in his message that RTD has already implemented service cuts, deferral or cancellation of capital and maintenance projects, furloughs and other cost-saving measures.

“For our riders, this budget shortfall means significant cuts in routes and less frequent service on remaining routes,” Ballard wrote. “For our employees, this means salary reductions for many, additional furlough days, and workforce reductions of around 25 percent of agency employees.”

A coalition of business, construction and state transportation officials told Congress earlier in September that “failure to approve a one-year extension with increased funding for the purpose of stability would only exacerbate this dire situation.”

“Timely action by Congress would tangibly enhance the quality of life for all Americans and jumpstart America’s economic recovery,” the coalition said. 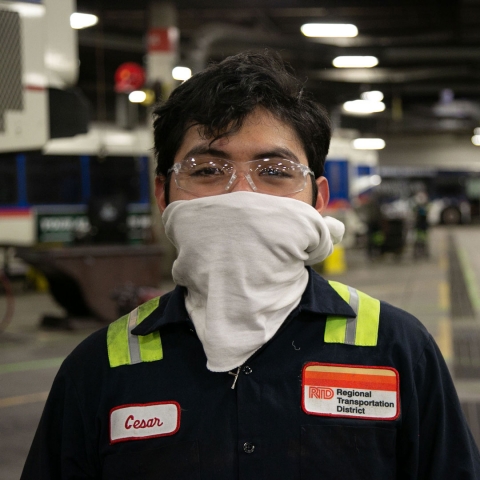