The Regional Transportation District (RTD) has selected Melanie J. Snyder as the transit agency’s next General Counsel, following a national recruitment. Snyder brings over 15 years of experience representing and advising a variety of clients in both the public and private sectors, including more than a decade of distinguished service with the Colorado Attorney General’s Office, most recently as chief deputy attorney general. She assumes RTD’s chief legal role on June 8.

“What was especially impressive about Melanie was her consistent upward mobility in the attorney general’s office and the trust they put in her with increasing responsibilities,” said RTD Chief Executive Officer and General Manager Paul Ballard. “We look forward to her joining the RTD team and bringing her expertise and leadership abilities to the agency.”

As Chief Deputy Attorney General and Chief of Staff at the attorney general’s office, Snyder spent four years overseeing the largest law firm in the state. She managed approximately 500 employees, including 280 attorneys, and a budget of approximately $83 million. Snyder supervised all civil litigation and investigations for the state, including coordination with multistate and federal partners, and enforcement of consumer protection, cybersecurity and data privacy, consumer credit, and federal and state antitrust laws. She also oversaw general counsel and transactional advice to all executive and judicial branch agencies, boards and commissions, and statewide elected officials; coordinated legal policy and ethics compliance; and served as intergovernmental liaison.

In progressively responsible roles over the last decade, Snyder advised clients on novel and controversial matters and took on complex and high-profile litigation. She was recognized for her work with the Attorney General’s Maurice Knaizer Distinguished Service Award in 2018 and Exceptional Performance awards in 2011 and 2014.

“Public service is important to me, and I feel like this is where you can really make a difference,” Snyder said. “It is an exciting time for transportation, which carries impacts from commerce to the environment. I am looking forward to leading RTD’s legal team as we assist the agency in carrying out its critical mission, which serves so many people every day.” 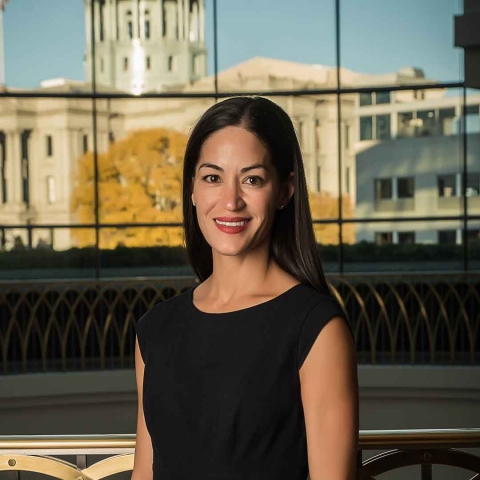