RTD is facing some difficult, unprecedented budget decisions for 2021 that will change the face of the largest transit agency in the Rocky Mountains.

So, how did we get here?

And is this just a Colorado problem, reflecting how transportation is delivered in our state, or are there similar forces at work everywhere in the nation?

As an overall philosophy, RTD’s 15-member elected Board of Directors has settled on a strategy of preserving as much service as possible, focusing budget cuts on other areas like deferring projects and programs and reducing administrative costs as much as possible. It’s painful: Like any agency with a mission to serve, we consider ourselves a family, and our near future is shaping up to be a rough ride.

As RTD management and Board directors consider recommendations to reduce a current staff of about 2,950 by about 550 full- and part-time filled jobs, taxpayers, riders and policymakers want to know where metro transit sits and where it plans to go in the future.

The largest portion of any budget explanation can be attributed to COVID-19 and its earth-shattering economic impact throughout the United States. For much of the spring and summer, metro-area residents were told to stay home if possible, to stay safe. RTD ridership experienced a significant drop. Even now, with much of the economy reopening, the agency’s ridership is plateauing at about 40% of pre-pandemic numbers.

RTD’s budget comes overwhelmingly from two sources: farebox revenues, which plummeted along with ridership; and sales and use taxes dedicated to RTD from eight Front Range counties. Those fell sharply, too, as travel, entertainment, retail shopping and other activities declined during stay-at-home orders.

Sales taxes are slowly returning, but are still far below what RTD had budgeted before the pandemic for the next five years.

RTD management and the Board receive periodic sales and use tax forecasts from the University of Colorado’s Leeds School of Business. In the summer, the Board chose to plan the 2021 budget based on a mid-range forecast, which is projecting a shortfall of $215 million from pre-pandemic planning.

For perspective, the entire RTD operating budget for 2020 is $740 million. Payments for borrowing on the FasTracks construction projects are an additional $251 million this year.

By far the largest expenses in the RTD operating budget are personnel salaries and benefits such as health insurance, provided to employees – bus and train operators, mechanics, route planners and system designers, transit police officers, and a host of other salaried or administrative staff needed to run a massive transit operation.

The agency, meanwhile, is running only 60% of the service it provided before COVID-19, and it foresees continuing that level of service in the foreseeable future. RTD cannot balance its 2021 budget without affecting personnel since salaries and benefits are the lion’s share of a transit agency’s budget. We’re talking about human beings and people’s lives, which makes the exercise especially painful for everyone at the agency who fear losing their jobs, careers, colleagues and friends. A current proposal – not finalized, but scheduled for a Board vote in coming weeks – would result in about 550 layoffs across all departments, including full- and part-time employees, and among both salaried and union-represented staff. Additional vacant positions are likely to go unfilled.

Some people have questioned the role of the historic 25-year buildout of light rail and commuter rail as a contributor to RTD’s current budget issues due to the substantial cost of operating and maintaining these lines. It’s a fair question, and one RTD welcomes as part of the ongoing Reimagine RTD initiative asking communitywide experts to partner with RTD to reassess metro Denver’s future transit needs.

The agency has completed nearly 100 miles of light rail, commuter rail and bus rapid transit lines throughout the metro area, one of the most ambitious transit buildouts in the nation. Higher construction costs and two historic recessions – 2008 and the current pandemic – severely curtailed funds to finish the remaining FasTracks transit expansion projects including the much lamented line to Boulder and Longmont, the Northwest Rail Line.

Discussions about finishing those projects, while reimagining what the region’s transit should look like in the next 20 years amid changes in technology and commuting habits, will be a challenge for everyone in the metro area to answer.

While it doesn’t make anyone feel better to know that these decisions are being made at every major institution across the country, that fact does put them in perspective. Among transit agencies, new plans for 40% to 60% cuts to service and personnel are becoming commonplace. Some U.S. transit agencies have been holding out for a new round of federal COVID recovery aid, of the kind that helped RTD offset pandemic costs and keep staff employed through 2020. So far, Congress does not appear close to any new rescue package for 2021, and RTD’s Board has decided to proceed with its budgeting as if none will materialize.

Washington, D.C.’s Metro transit estimates a $212 million deficit for its current fiscal year that ends in July 2021. Rail ridership there is down 90% from pre-pandemic levels, and bus ridership is down 60%. Metro plans major service cuts to reflect the ridership losses in December if the budget situation doesn’t change.

New York’s transit system, the country’s largest by far, has said it needs billions of dollars in federal aid to keep operating. New York has said without new aid, it will take “draconian” measures that include more than doubling times between buses and trains and ending most capital projects.

State, county and local governments in all forms are debating similar budget cuts, including those in Colorado. Some have already announced furloughs and are scaling back projects and programs. And as the pandemic continues to pose ever-changing conditions, both public and private organizations will need to remain nimble to adjust to the impacts of a new financial reality. 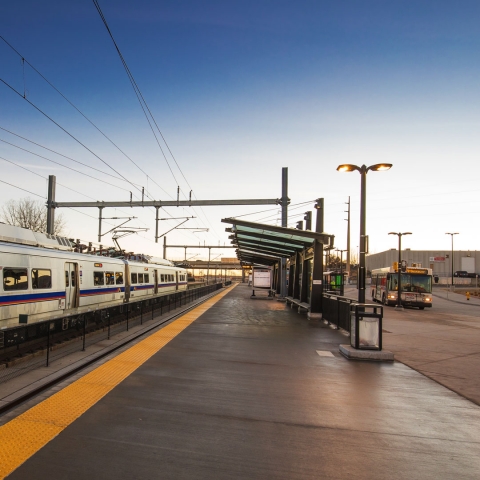