What do people want? ‘To be heard’ 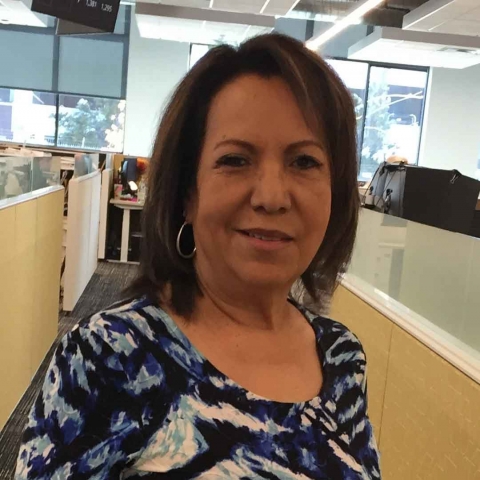 When someone dials the main phone number of a big agency like RTD, it’s natural to wonder: Can they help me? Will they listen? Do they care?

Is anyone going to pick up?

Lupe Jones did – for 23 years. Hers was the voice you may have heard while calling to ask where your bus was, or when the next one was coming, or how to report a lost wallet. The 41-year RTD employee recently retired as a supervisor from the agency’s telephone information center, and she heard it all – at all volumes, accompanied by all emotions, from every corner of the transit agency’s service district.

“When people are calling, what do you think they ultimately want?” asks Jones, a woman with a warm countenance and a quiet voice. “They want to be heard.” Over the years, she said, she learned not to internalize the feedback landing in her ear, and to focus as much as possible on what a customer was saying.

“The first thing I do is apologize if they were inconvenienced, and I let them know that we’re here to address it,” Jones said. “Once I do that, I notice it calms them down, because I’m not interrupting, I’m listening and telling them that we will make sure this has been addressed.”

Jones understood RTD’s customers well because, like them, she has been a transit rider for decades. She commuted to work every day from her home in Aurora, and being out on the bus and light rail system allowed her to see “what people are talking about, what people are complaining about, how the drivers talk to customers.” She knew the schedules, the operators, the regulars. And when callers told Jones she wouldn’t know what they were talking about, she could say, “Actually, I do.”

“When you file a complaint, we take that seriously,” she said. “They don’t think that we do – they think that we just let them vent and throw it in the trash. No: Your complaint is very important, and we will take care of it.”

Jones began her career with RTD in a different division, working in contracts and procurement. She had been laid off from another job the week before and accompanied a friend who was interviewing for a job as a driver. While waiting for him, she learned about a clerk position that was open, applied and was hired later that day.

Over the years that followed, Jones worked in several departments at RTD, including scheduling and planning. The experience served her well when she arrived in the telephone information center, she said, because she knew just the right person to call with her questions.

“I deal with dispatch all the time – I know them all,” Jones said. “It makes your job easier, and you get answers right away.”

The time frame Jones experienced with the agency grew busier over the years, she said, as RTD evolved to provide far more than bus service. She answered questions about the agency’s first light rail lines and watched as the region’s growth led to “more events, more festivals and more detours.” The most common type of call, she said, is a complaint.

People have changed over time, too, she said. “Before, the conversation that used to come in, they would just ask for our schedules, and they were good. Now, this generation is complaining a lot, and they say that we don’t care, that we’re rude, our drivers are disrespectful.”

Conversations that have stayed with Jones are the passengers who called to ask where a vehicle was at night, sometimes in cold weather. When that happened, she said, “I always tried to call my dispatcher and say, ‘Do you mind picking up this lady and transporting her? Or getting her to a point where she can catch another bus? Is there anything you can do for her?’”

On occasion, Jones said, she crossed paths in real life with customers she knew on the phone. Once, at an event in Denver, a man approached an RTD booth to complain, and she recognized his voice from years of conversations she had had with him. When she called him by his first name and explained how she knew him, the man was visibly taken aback.

During her last week at RTD, with retirement in view, Jones considered what the work had taught her.

“You really have to care about people – and I care about a lot of people,” she said. “I will carry that on. I will take time to listen to people. People in the store, they talk to me, especially older people. And I know how important it is. That’s who I am. We all should do that.”