The Downtown Express consists of 6.6 miles of bus/high-occupancy vehicle (HOV) lanes running from downtown Denver to US 36. Downtown Express lanes are reversible with vehicles moving with rush hour traffic southbound in the morning and northbound in the evening. A Traffic Management System (TMS), which includes changeable signs, traffic gates, and closed-circuit television, provides a safety feature to the barrier-separated lanes.

At the time the Downtown Express was the largest construction project ever undertaken by RTD, and it was the first project that RTD partnered with the Colorado Department of Transportation (CDOT), the City and County of Denver, the Federal Transit Administration, the Federal Highway Administration to construct.

On May 8, 2001, the bus/HOV lane was extended to Pecos Street and US 36 with the opening of the US 36 Direct Connect. This $148 million extension provides an additional 2.5 miles of barrier-separated, reversible HOV lanes, allowing motorists to connect from US 36 HOV lanes onto I-25 HOV lanes.

Construction to extend the bus/HOV lane north on I-25 to 78th Avenue was completed in October 2004. This extension provides an additional 2 miles of bus/HOV lane for I-25 traffic. On June 2, 2006, CDOT instituted a change in operations, converting the lanes to HOV/tolled express lanes, allowing single occupant vehicles to access the lanes by paying a toll.

BENEFITS OF THE DOWNTOWN EXPRESS 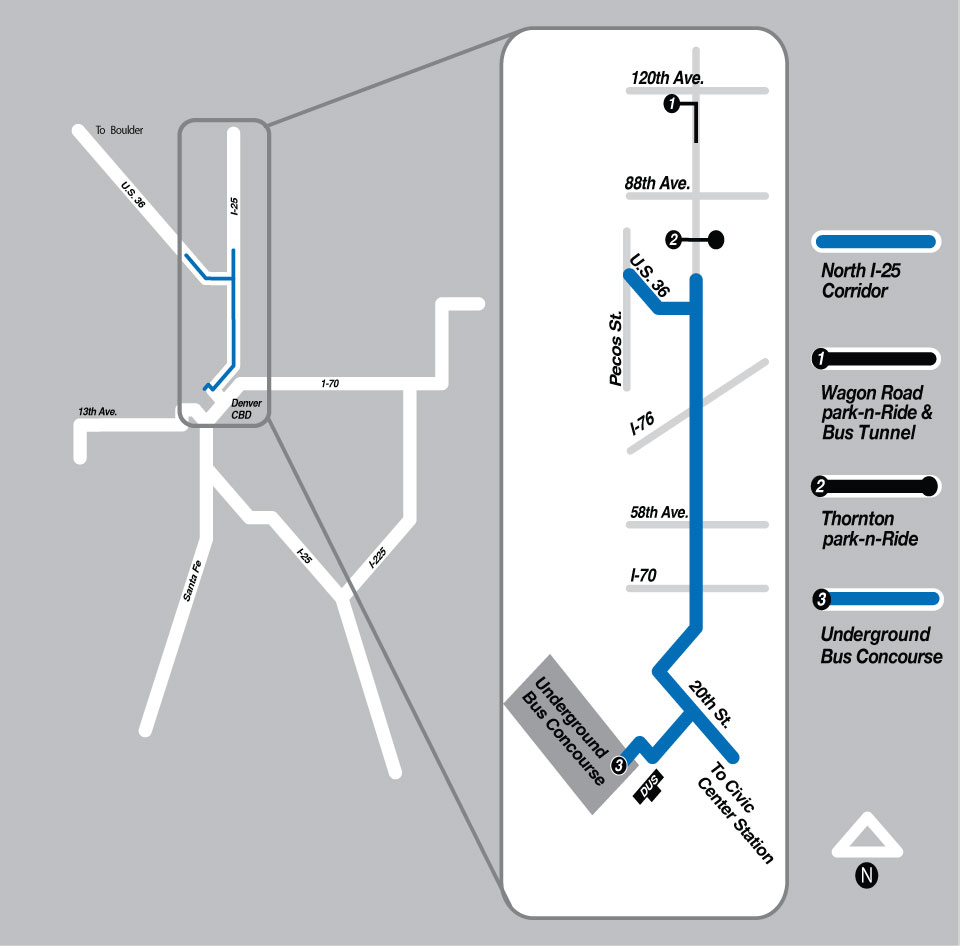 The Quality of Life Study is RTD's data-driven evaluation of progress toward meeting the FasTracks Program goals. The Quality of Life Study focuses on the “quality of life” in the context of those areas most affected by transit improvements and those specifically addressed in the FasTracks Plan: mobility, environment, economic activity, development, and land use. See the data in the detailed report.