From a young age, Anthony Padilla found joy in rehabilitating vehicles. Today, as a diesel mechanic at RTD, he uses his experience to solve problems and deliver comfort and safety to customers throughout the region. 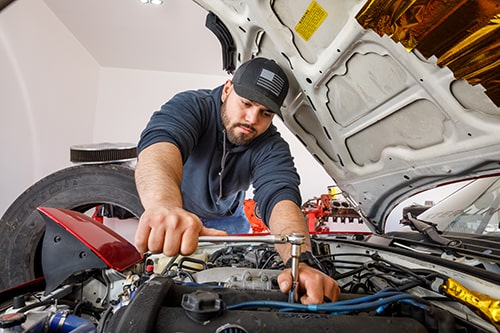 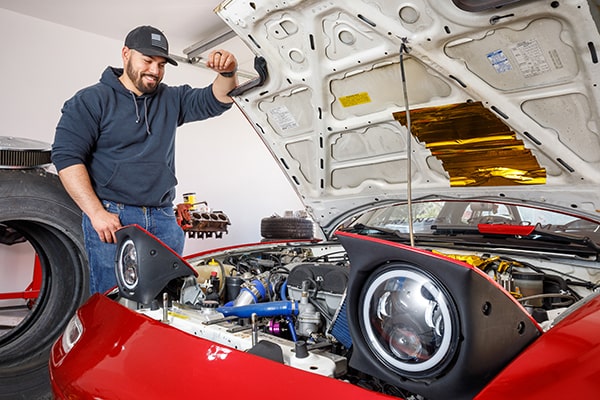 Anthony Padilla’s journey to becoming a mechanic began at 5 years old, when a gentle nudge in the dark told him it was time to wake up. Outside, still half-asleep, the child gripped the handle of a flashlight and fixed its beam on the precise point on the car where his father needed it. Hand me that tool, he was told. His small hands grew to discern the different sizes of bolts inside the toolbox.

The Thornton resident continued turning a wrench throughout his childhood – on his first project car of his own, a 1991 Mazda Miata, and at Bollman Technical Education Center, where Padilla completed two years of automotive classes while attending high school. In class during this time, RTD staff dropped in to tell the group about the agency’s diesel technology training course, for which students are hand-picked to attend. Padilla was intrigued. He excelled in the program and was hired by RTD days after his 18th birthday. That was almost four years ago.

These days, a general repair mechanic has his or her hand in every element of bus repair, which suits him just fine. He sees a bit of everything: a faulty rear turn signal, an issue with the antilock braking system, a leak that could signal something more. A bus is like a puzzle, Padilla says, “It will give you hints, and give you things you need to look for, and you slowly start figuring it out. And the reward, when you finally fix that problem and see the bus go out of the shop, is pretty rewarding.”

Experience has shown Padilla that generations of buses – what he calls “sisters and brothers” – tend to have the same issues, the same type of work needed, the same parts replaced. “When you’re working on these buses for as much time as we do,” he said, “you start getting an eye for things. We see things that others probably don’t.” Clues can be found in a low coolant light, a dusty drum or squeaky brakes. The mechanic knows that each repair he makes can affect the passenger experience, from the functioning of the braking and steering systems to the use of a wheelchair securement area.

What’s hardest to do? “That’s a matter of opinion,” Padilla said, noting that a lot of issues he diagnoses can be tied to something else. In many cases, he added, “It was really in front of your face the whole time. You just have to dig into it a little more.” 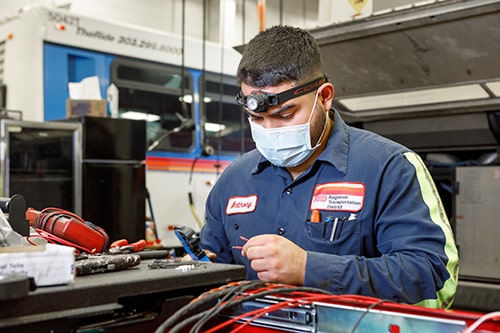 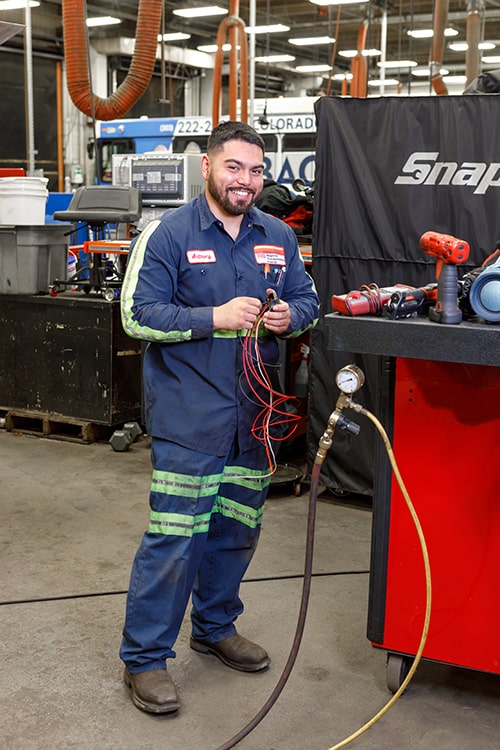