For bus operator Bernard Celestin, public transportation is a gift to the community and the latest stop for him in a lifetime of service. 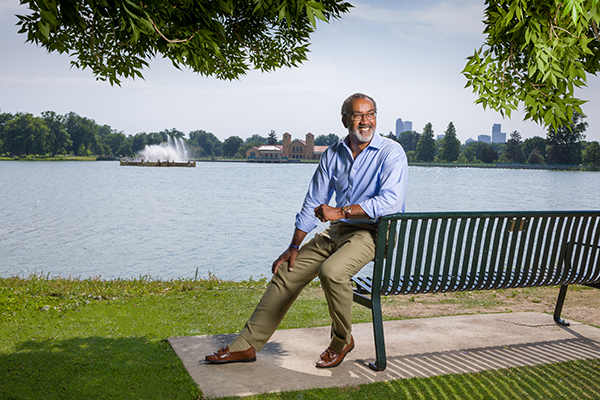 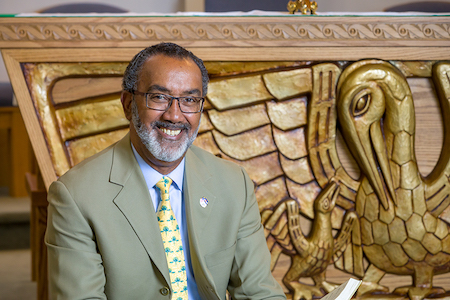 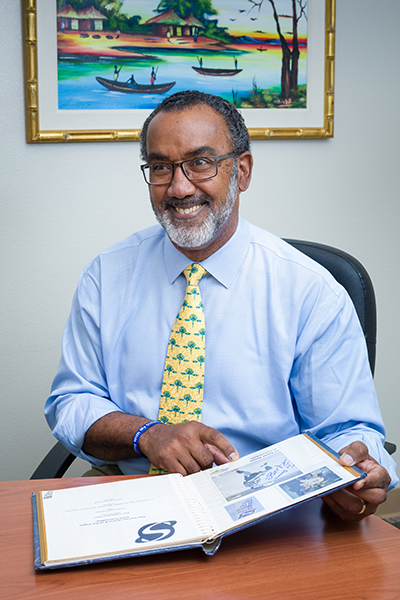 ‘Doors open that lead to opportunities to serve my community’

If you were to jot down the number of organizations bus operator Bernard Celestin has worked with in the Denver-Aurora area over the past 40 years, one of three things will probably happen: a) your wrist will tire; b) your ink will run dry; or c) you will need more paper.

Celestin first came to Colorado 40 years ago with the military, as a member of the U.S. Army’s 24th psychological operations (PSYOP) unit. When he saw the open space and beautiful mountains, he knew it was a place to make home.

To understand Celestin’s prolific career in community service, he thinks back to a conversation with his father. Looking back at an accomplished career as a surgeon that took him from Haiti to the Red Cross in Liberia, Celestin’s father told him, “I’ve got all the pride and knowledge to be an excellent doctor, but that’s all I am: a doctor.” He lamented not having done “different things in life.”

In retrospect, Celestin wonders where he found the time to do it all – and by “all,” he means working a regular job and raising a son and two daughters with his beloved wife of 35 years, Robbyn. His gas tank may have run low on several occasions, but he never ran out. And Celestin is not the type of person to miss an appointment or be late for a meeting.

His service did not go unnoticed. In 1985, he received the Minoru Yasui Community Volunteer Award, given to leaders “who make a unique difference to the community” in the Denver metropolitan area.

You may be asking, as many people have asked Celestin, for such a community service-oriented person, “Why RTD?”

For Celestin, operating a bus is a continuation of a career arc dedicated to serving his community – the most recent stop on what has been a long road.

Celestin’s story with RTD started, ironically, at the hands of a personal defeat that, over time, morphed into what he calls a “wonderful blessing.”

His dream was to serve on the Aurora City Council. To pursue the dream, Celestin resigned from his job in management with the Department of Homeland Security – two years prior to Election Day. He talked with Arthur, an RTD bus operator who drove Celestin five days a week to Denver International Airport. Arthur told him: “I’m sure you could drive one of these things.” Sooner rather than later, Celestin operated buses out of the East Metro garage, serving Aurora while waist-deep in a campaign for a City Council seat.

The day that Celestin had been waiting for finally arrived: Election Day. When all the votes were tallied, he lost.

It was then that Celestin came to a realization: In all that time spent campaigning, he had fallen in love with RTD.

2021 marks 13 years for Celestin at RTD. In that time, he has come to appreciate public transportation as a “gift” to urban populations. He defines RTD as the “heartbeat” of the greater Denver metro area. Every day, RTD makes countless safe journeys for a wide range of people: from preschoolers to high school students, working adults, seniors who need rides to the doctor’s office, or anyone who wants to enjoy all that the metro area has to offer like plays or Broncos games. To be a part of that and witness firsthand “the amount of things RTD does for the district,” Celestin said, is “heartwarming and thrilling.”

For him, the job is about the “little things”: making friends with passengers, stopping the bus to wait for someone sprinting a block away, helping an elderly person across a busy intersection. Every morning before leaving the garage, Celestin does a thorough equipment check and recites his prayers. He has found it important to be prepared and calm on the road, since “once frustrated, it’s guaranteed something else will happen.”

With RTD, Celestin participated in the Multi Agency Exchange (MAX), a leadership program in which 10 people are selected from four cities to share best practices in the public transportation industry. ATU Local 1001, the union that represents Celestin, selected him to attend meetings as far away as Washington, D.C. His spirit of service still burns inside, most recently by moderating a panel with the National Black Chamber of Commerce and volunteering with United Way for numerous functions.

Celestin is not the type of man who does things merely to check off boxes. Underneath all his accomplishments is a sincere love practiced daily and rooted in his faith. Celestin has been involved with his church, Cure D’Ars Catholic Church, for decades, ever since he arrived in Colorado. He is currently the chair for Parish Council, responsible for supervising various committees, religious education and the daily running of the church. This is where Celestin and his wife first met.

Having recently turned 64, Celestin has shifted his attention more toward Robbyn and “fixing up the home.” He keeps his home like he keeps his bus: in order and impeccably neat.

Somewhere in the house lies a scrapbook that Celestin started years ago to keep track of all that he’s done. He often thinks back to what his father told him, years ago, about his career. Looking back at his own, Celestin reflected, “There comes a time to move on and learn something else. And with every ‘something else,’ more doors open that lead to opportunities to serve my community, and I really feed off of that.”

The scrapbook he keeps is large, but it is also unfinished. Celestin doesn’t know what comes next, but “whatever it is,” he said, “I’m eager to dive in headfirst.” 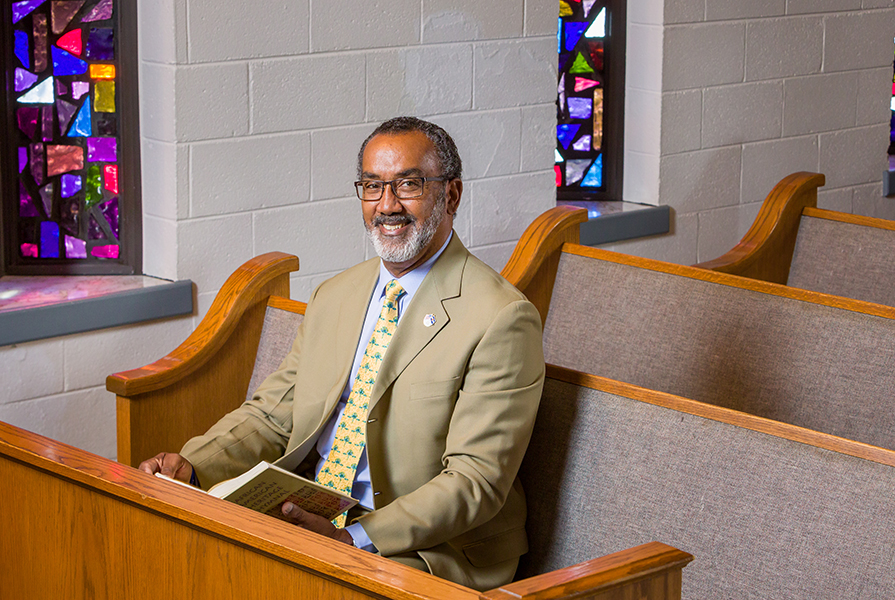