As a social worker and mental health clinician, Danielle Jones rides RTD buses and trains with transit police officers to provide assistance to those who need it most. 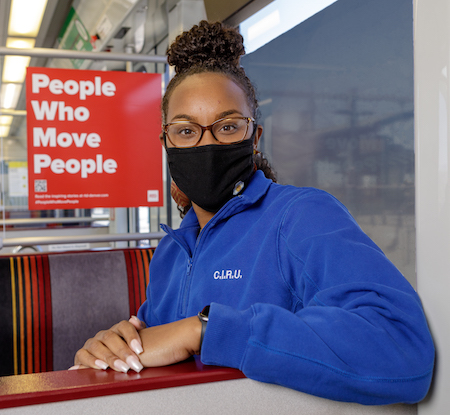 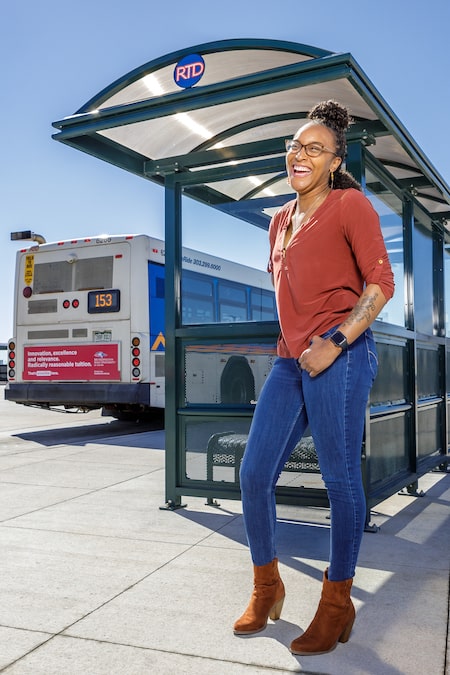 If you’ve spent any time recently waiting for a bus or a train in Denver, the likelihood is high that you’ve seen Danielle Jones. Three days a week, from noon to midnight, the social worker and certified psychiatric rehabilitation practitioner joins an RTD transit police officer in responding to calls that could benefit from the mental health experience she brings. A heightened need for such help led to an expansion in February of a co-responder program with the Mental Health Center of Denver, boosting the team of full-time clinicians working with the transit agency to four. Soon, a homeless outreach coordinator will be added. Jones is grateful for the additional assistance, as one person – even someone with high energy – can’t do it all.

The feelings that Jones, born and raised in the Montbello neighborhood of Denver, brings to her work are influenced by the reality that she has watched her city grow and change. “This is where I grew up,” she declares. “These are my community members. They’re not just clients, they’re not just the population, it’s my community. And I have the means to help, and that’s what I’m going to do. Whatever I can do, I want to do.”

Jones pursued social work at the suggestion of her high school basketball coach, who told her that this type of college degree would prove helpful for the type of criminal justice work that interested her. In graduate school, she focused her work on police brutality in the Black community. She grew up with police officers in her family but didn’t want to be one herself. Jones maintains a deep respect for the profession and appreciates the officers she rides with. She is cognizant of the perspective she brings as “a minority in a lot of different ways”: Black, female and straddling the worlds of social work and police work.

Crisis looks different on everybody, Jones observes. One person might open up to you while another shuts down. People typically talk themselves into a solution, she said, so she listens to what she is told and considers what can be done. The aim is to meet people where they are, build rapport and figure out together what the best option might be. Change takes as long as it takes and is the choice of the individual. And people are not their circumstances, Jones added: They are human beings equally deserving of the same dignity and respect.

“You never know what somebody is going through, and you can’t judge anybody,” Jones said. “You just have to try to help them understand their self-worth, why they are important and why they deserve a chance to live in a better circumstance.” 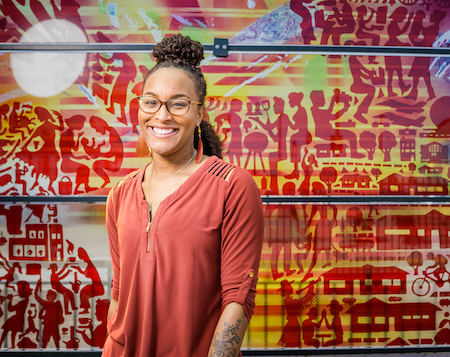