“ I AM PROUD TO SERVE MY COMMUNITY.”

Denver native and bus operator Destiny Gonzales is proud to be an integral part of the community she serves. From achieving personal milestones, like home ownership, to becoming a friendly face in her customers’ lives, she appreciates the opportunities RTD has given her. 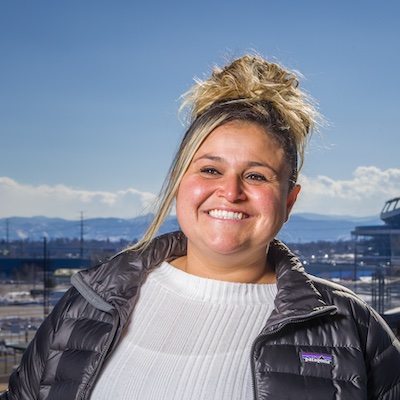 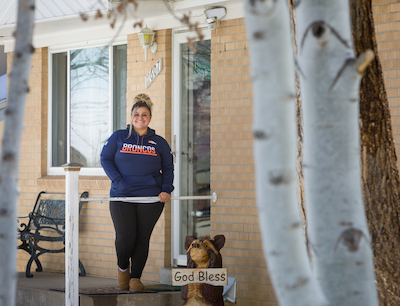 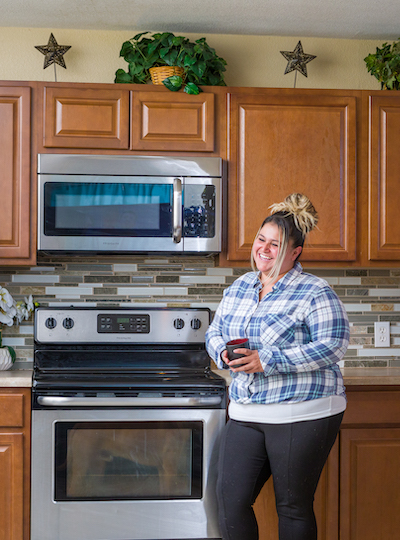 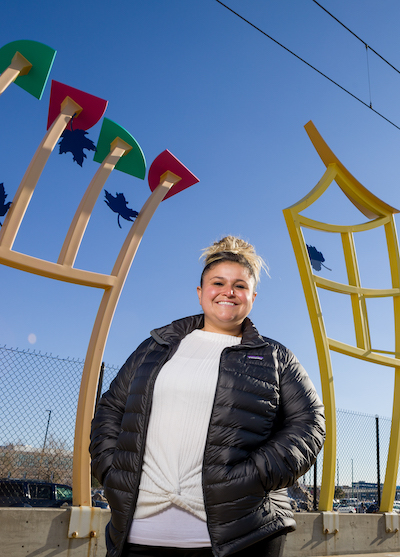 ‘I’m proud of the accomplishments I have made with RTD'

Destiny Gonzales rolls up to her house in Northglenn and shuts off the engine of her car. Her gaze takes in the extensive landscaping in her front yard: the river rocks, the flowers, the sod unrolled by her 4- and 11-year-old sons. She admires the bushes that have been carefully cut back. She considers how different this space looked when the house became hers two birthdays ago, and how the neighbors have offered compliments as her family made this place their own.

This home is Gonzales’s favorite place in the world. Her best moments, she said, are when her boys and 17-year-old daughter are in their living room with her, simply being together. And there’s no feeling that matches the knowledge that this home belongs to them, because Gonzales bought it.

“That’s all I wanted: a home for my kids,” Gonzales said. “I love coming home from work and they’re waiting for me.”

While the 33-year-old is many things, she voices two identities immediately, both stated with evident pride. “Mom” is one. “Bus operator” is the other. Gonzales this year will celebrate four years with RTD, having handed her then-3-month-old son to her daughter as a single mother so she could go to work with the agency.

“It’s the truth when they say you can juggle anything in your life,” she said. “It was something I needed to do and wanted to do.”

She grew up in Denver riding the 16, so that route was the one she wanted to drive – and the one she was given. As a customer, she took this bus to school, to Elitch Gardens, to see her friends. As an operator, she shuttled around many people she grew up with, including family and friends. Sometimes she carried her mother.

“My mom would say the bus operator was her daughter,” Gonzales said. “I was so proud – and made sure I said my announcements correctly! She was proud, and that made me proud. All I wanted to do was make my mom and brother happy. She said my grandparents would be very proud of me.”

Gonzales has driven all over the region for RTD. “I enjoy that interaction with passengers; I kind of need that,” she said of her work. “I do really well on any route because I am a people person, and I care for them. I love them.”

Gonzales’s interest in serving others began before she joined the agency, during the many years when she worked as a caregiver for the elderly. There is such joy, she said, in truly seeing and hearing other human beings up close. Gonzales is thrilled now when opportunity allows for her to drive the SeniorShopper, an RTD service that brings seniors to the grocery store. Those options are usually claimed by her colleagues with more seniority.

Interest in people aside, Gonzales said the transition to operating a big vehicle took some getting used to. She remembers the first time she drove a bus. She hoped she wouldn’t hit a curb. She considered the wide berth required to make turns different than she was used to in her own car.

“I asked [the instructors], ‘Did you guys check me?’” she said, joking. “Because I wasn’t sure of myself. But they give you pointers, they tell you how to turn.

“I kept telling everyone, I am going to drive this bus down the street.”

With time and practice, Gonzales said, you eventually become one with the bus – and it feels like your own car. That makes sense, she added, when you spend that much time behind the wheel. You take note of your passengers, of their space and yours. You consider all your surroundings. If you have someone with disabilities, you consider how you’re taking your turns.

“If someone falls asleep,” she said, chuckling, “that means you’re a good driver.”

When you become so keyed into driving the bus, your attention naturally shifts to your passengers, Gonzales said. Of them, she said, “People talk to you. I think they want to talk with people who take them seriously as humans. Some people are having bad days and they take it out on you, but you can’t take it personally. Then there are the other ones who make it so great, who tell you what a great driver you are.

“Some tell me I’m the best part of their day.”

While she relishes coming home, Gonzales says that coming to work each day is a pleasure. “I’m proud to be part of RTD and one of the frontline workers for my community,” she said. “RTD has been nothing but a blessing for me and my family, because they helped me do so much for my family.”

Her employment with the agency, Gonzales said, has allowed her to purchase a home, repair her credit and take her children on vacation.

Gonzales likes to set goals for herself, and she said she’d like to move up within the company. But she has mixed feelings about this possibility, she said, because she loves driving – and would miss her passengers. Whatever lies ahead, she knows, she’ll figure it out.

“I look forward to what’s to come,” Gonzales said. “People out there don’t know how great RTD is. And I’m just at the beginning.” 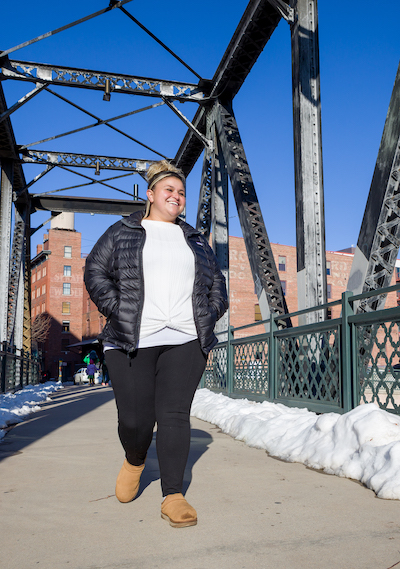 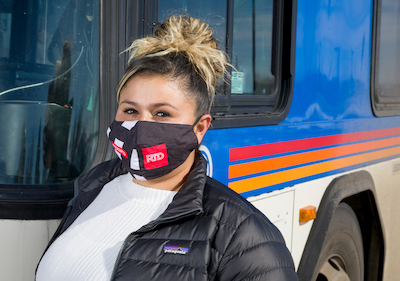