“ THE JOB IS VERY REWARDING.” 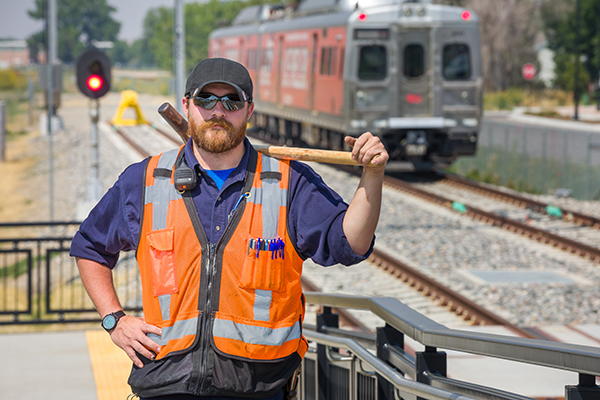 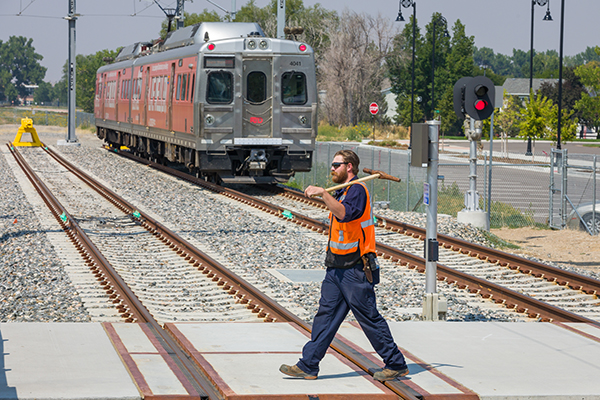 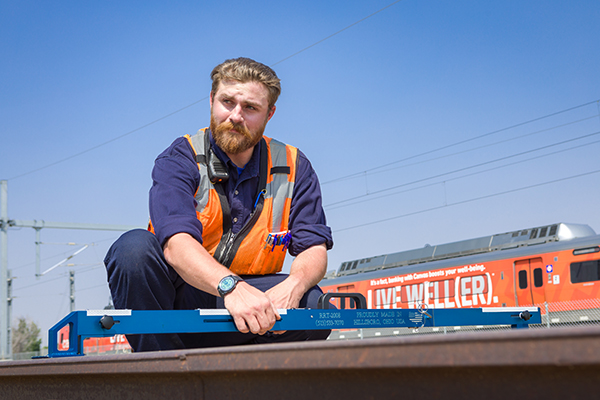 "There's a chance that while you're cutting rail for destress (a process used to prevent heat and cold tension after installation of continuous welded rail) or repair, that you could get seriously injured, either by the cutting tools or by the rail snapping," Justin casually admits.

There's also a lot of hazard with the train going by if track maintainers are working on the rail.

Of course, there are safety measures in place to make sure these things don't happen: Justin and his co-workers are taught to steer clear of the rail if it's getting cut; fire watch teams are always available so that nothing catches fire; and full personal protective equipment (PPE) is worn, such as leather clothing, protective face shields, hard hats and safety glasses. When crews are working on the train lines, there's always a roadway worker in charge (RWIC) on the track to alert crew members if a train is approaching. That's a RWIC's sole priority – to ensure the safety of the crew. But why would one want to do this work with the risks?

"The job is very rewarding," Justin says with enthusiasm. "I learn something new every day and you can physically see everything that you just accomplished for that day.

"Generally, it's my job to ensure the track is maintained and in a state of good repair so that the trains can pass safely and smoothly and so that the passengers won't even know that they're on a track."

Justin was one of the very first employees on the N Line when they started staffing up for operations in 2019. He started before the track was turned over from the N Line contractor, Regional Rail Partners.

Justin is completely new to rail – he transferred over from Service and Cleaning at RTD's Platte division, where he worked for three years.

"It's very challenging – just about every part of it. It's something that I've never really tried to do before. I just assumed that it was going to be simple ... things that held the rail to the ties and trains. But it's a whole lot more complicated than that. There's a lot of math involved with it."

His current supervisor, Commuter Rail Maintenance of Way Manager Brady Hollaway, says he's one of the N Line's best employees because he always steps up.

"He’s eager, willing and ready to learn new things. He’s reliable and has been a good leader for our team,” Brady said. “Justin had no previous rail experience, but what he’s done in the short time” is impressive.

Justin credits his “highly knowledgeable” teacher Rafael Gutierrez (who is the N Line’s senior instructor/supervisor for track and is also being featured in People Who Move People).

In this role, Justin was able to participate in RTD’s first in-house N Line rail destress process. When the track heats up, it expands and contracts. To destress it, track maintainers have to cut out a small portion of the track and “pull” the remaining track together and weld it.

Justin also appreciates that RTD has great professional development programs if one wants to learn anything that helps further one’s career.

While Justin is only 27 years old, he plans on retiring from RTD. "The benefits are fantastic, and I would like to pass along the knowledge that Rafael has taught me.” 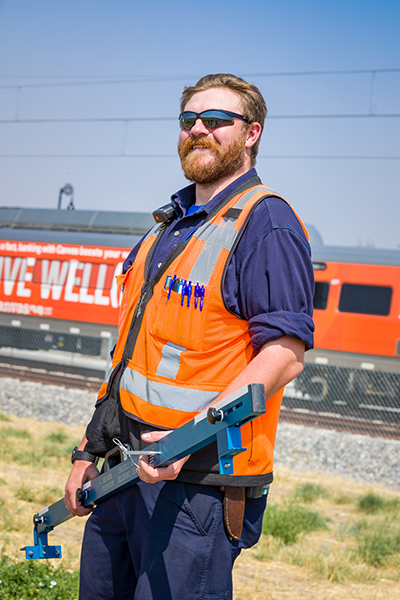 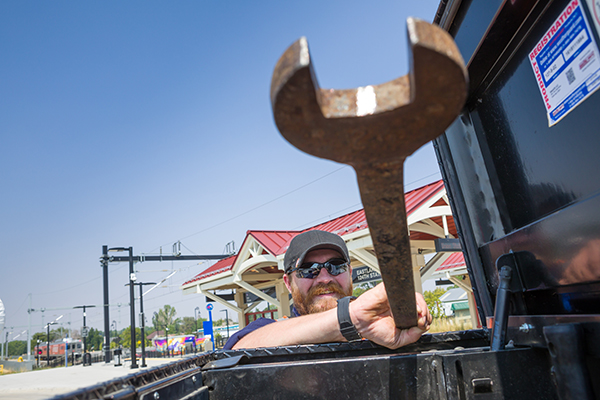