“ WE ARE ALL TRANSIT DEPENDENT”

Maux Sullivan has a natural and keen awareness of the big picture. As a rail service planner at RTD, she channels her personal and professional experience into practical solutions that help entire communities thrive. 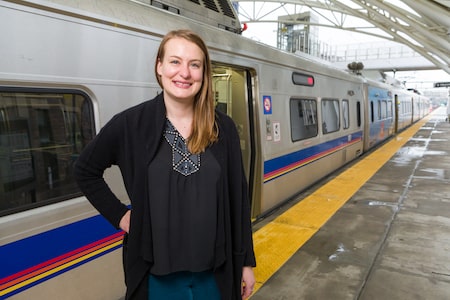 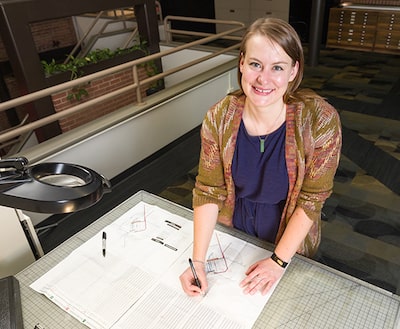 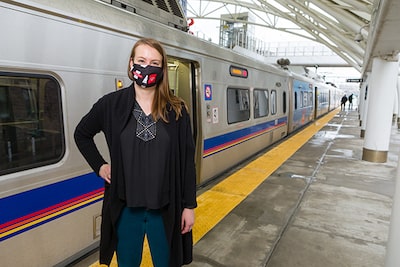 'We are all transit dependent'

The singular factor that can influence a person’s life is their access to transportation. Maux Sullivan came to understand this statement from a Harvard University study while in college in Chicago, but she saw it firsthand while working with the Jesuit Volunteer Corps in Scranton, Pennsylvania, a hilly city that is hard to navigate without a car. At social services provider Friends of the Poor and, later, at the drop-in Community Intervention Center, Sullivan saw with client after client that transportation was a legitimate barrier for anyone seeking work who didn’t have a vehicle of their own. An Amazon warehouse on the edge of town was hard to access. Other employers could be reached on foot only by walking along a highway. The local bus system was an option – but not a legitimate one for anyone needing to clock in at 5 a.m., when vehicles weren’t running.

Sullivan, who grew up in Denver’s Park Hill neighborhood, considers her time in Scranton “one of the most formative experiences of my life.” Having seen the community’s issues up close, she became deeply interested in understanding the structures and decisions that make inequities possible. Sullivan returned to Chicago for graduate school, where she studied urban planning with a focus on transportation. After interning with Chicago’s Regional Transportation Authority, Sullivan knew she wanted a career in public transit – and felt called home to Denver. She now plans and schedules rail service for RTD, including service for Broncos games, and coordinates the bus service necessary to ferry customers between stations when rail lines are closed for maintenance.

Sullivan grew up using RTD’s system, initially during fifth-grade field trips and, later, taking the Route 15 or 20 bus home from East High School. (Her parents actually met on a 16th Street Mall shuttle, when her father and his friends were singing Christmas carols – and her mother and her friends joined in.) In college, she took part in a study examining how the proposed extension of a Chicago “L” line into the southern part of the city could affect the quality of life of a neighborhood with a large percentage of transit dependent riders. In graduate school, she revisited the Red Line extension project, working with classmates to develop a community plan around one of the proposed stations.

Now, at RTD, Sullivan thinks extensively about gentrification, homelessness and urban planning, and how these things interrelate with the services the agency provides. “There’s no silver bullet solution,” she said. “I don’t know if any city has figured it out.” She wonders aloud how the city can continue to grow and change while retaining the history and soul that make it special.

The deep level of community interaction Sullivan values is crucial as RTD makes adjustments to its service three times a year. “None of us thinks that any schedule is perfect, and we are always looking for improvements,” she said. “But we can’t do anything if we don’t know there’s an issue. It is important that people communicate with us.”

Sullivan notes that the public often thinks about service in terms of how it benefits them personally. She encourages a more regional view, noting that “the grocery store you go to is staffed because there’s a transit line that gets those workers there if they need it. And you will be taken care of at the hospital if you need to go there because there are workers that are able to get there via transit if they don’t have a car.”

From that thought, Sullivan names two things that have inspired her during the pandemic. First is the reality that RTD’s employees have kept working to serve people who rely on the agency’s system to reach their destinations. The second is an observation from Tamika Butler, an advocate for equity and environmental, social and racial justice. Sullivan paraphrased her thought: “If we as a society have deemed that these workers are essential during quarantine, and these essential workers rely on transit to get to their jobs, therefore we as a society are transit dependent.

“We are all transit dependent.” 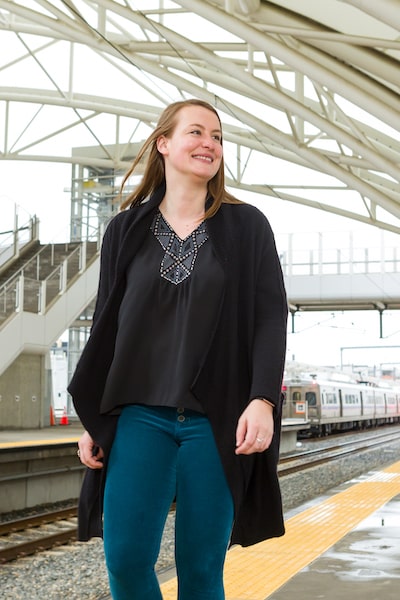