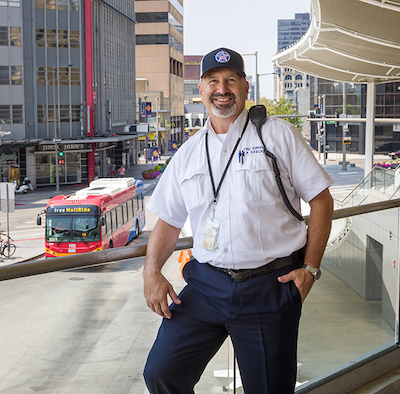 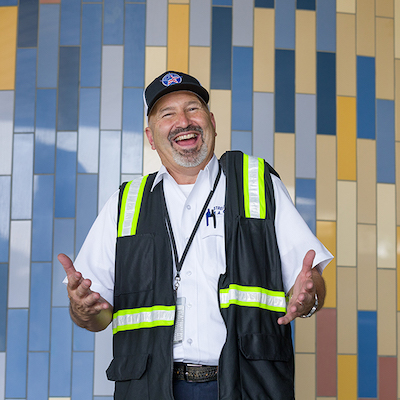 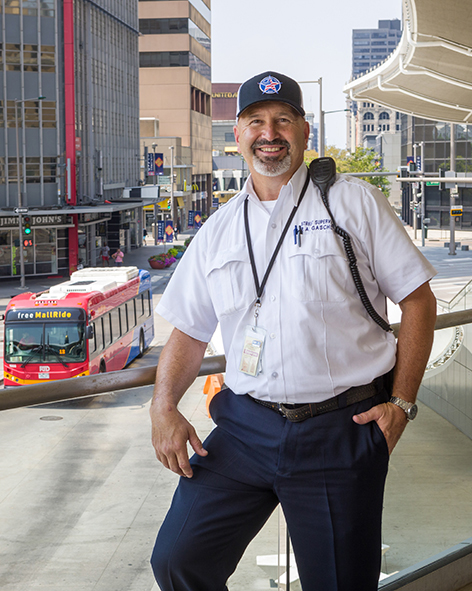 ‘Every day I make a difference in somebody’s life’

From May 2016 to December 2017, RTD completely closed Civic Center Station — one of its busiest and oldest hubs — to remodel the dated structure. It was quite the disruption as there are more than a dozen routes that go through the station. While the reconstruction was going on, RTD set up a bus stop down South Broadway for all southbound routes and across Lincoln for buses going north.

RTD Street Supervisor Paul Gaschler was a major reason why this interruption of service went so well.

Paul was out there in any kind of weather, with paper in hand, giving customers information, helping bus operators navigate this temporary set-up, making sure the buses got to the right locations. He ensured the proper timing and monitored that the planned times were working appropriately – all of which were not easy tasks.

He most likely excelled because he loves his job.

“As a street supervisor, I get rewarded by responding to passengers and operators,” Paul said. “That's what I like. I like being hands on, helping, and educating. When I'm out here on the streets, I get to talk to everybody. I’m not really a social butterfly but with the people I work with, it’s fun because I get to hear a little bit about everybody every day.”

Paul first started out at RTD in 1990 as a bus operator. The Colorado native moved up to a bus operator instructor, then to a dispatcher before leaving for sunny Florida in 1999. Paul moved back to his home state in 2013 to be closer to family and gravitated back to RTD, starting six years ago as an operator before moving up into street supervision.

"You come back 12 years later, everyone still remembers you,” he said. "One of the things that I really liked about coming back to RTD was the diversity of everybody I get to work with. We might have 2,000 people that work here or more, and nobody is alike. We all make that little melting pot of RTD.”

But despite the familiar, one thing that has changed is the role of a street supervisor.

“Under the old way of supervision, when [operators] saw us, they thought something bad was happening,” he said. "The new vision is to be more of a resource, an educator. Every time I approach, I never look to be domineering. I always approach with a smile and I always greet and see what’s going on. The older operators say ‘what did I do?’ I just say ‘nothing. I'm just visiting and seeing how you're doing.’”

“The way the times are now, we have to be better at supporting,” he continued. "Today’s supervisor has to be more sensitive to those operators that are out there on the street because they're doing a lot more than I can remember 30 years ago. And mainly it's just having to deal with the roughness of the crowd out there."

Undeterred by unruly passengers, Paul says he doesn’t let things get to him and he keeps his cheery attitude, knowing that he makes a difference.

"Every day I make a difference in somebody’s life, whether it's an ADA passenger, an elderly passenger, an operator, or any other team member of RTD. I'm always there to fill the need. I'm always available for anybody.”

Paul also makes an impact in the lives of his co-workers by remembering people’s names.

“I try to learn every operator’s name and even operators say ‘how do you remember all of our names?’” he said. "If I talk to you, it just sticks, it's not hard. It’s something I've always tried to do – just always remember. If I have a 5-minute conversation with somebody, I usually remember their name.”

At the end of the day, what’s most important to Paul is knowing that everyone he contacts gets home safe.

“When I know they are feeling safe, I'm having a good day.” 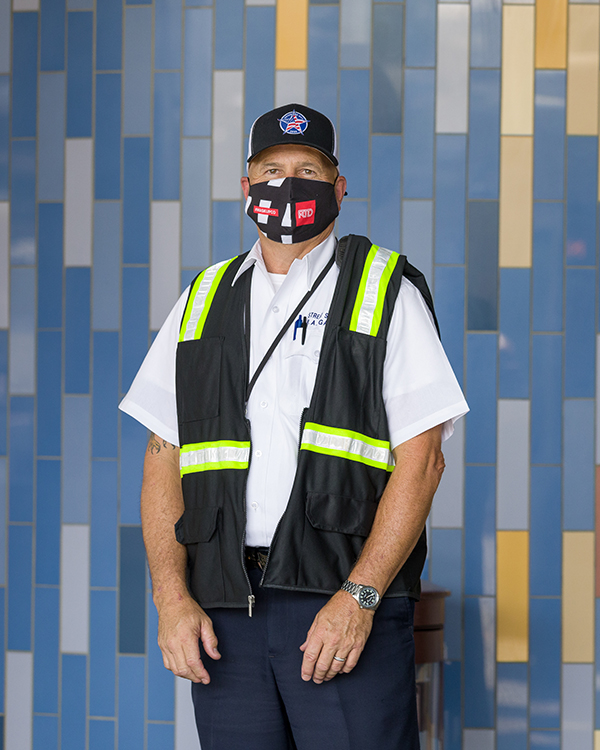