“ YOU LEARN MORE IF YOU LISTEN.”

Paul Hamilton knows that great customer service starts with lending an ear and an open mind. His active engagement with paratransit customers is key to helping RTD develop and maintain accessible transportation solutions. 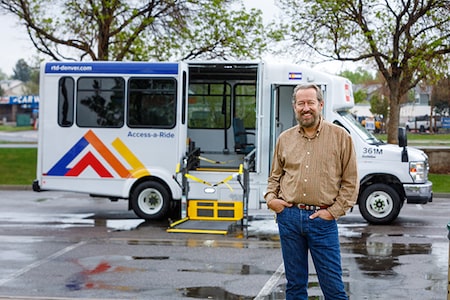 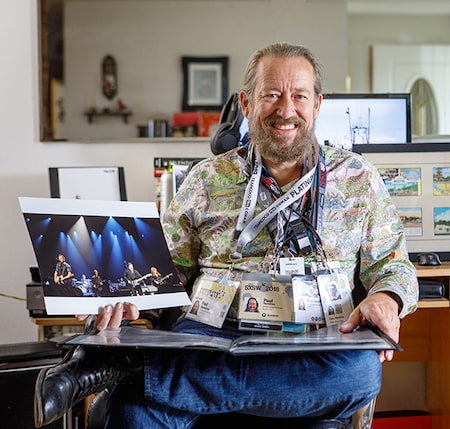 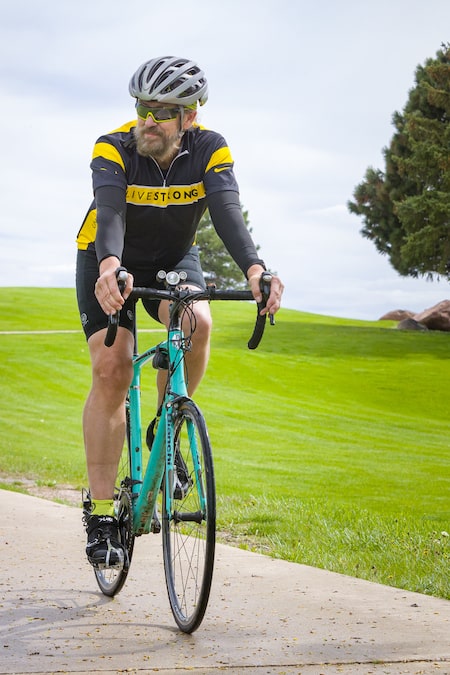 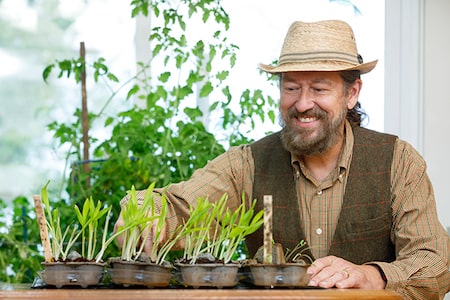 ‘We’re all more similar than we are different’

Paul Hamilton got into public transit on purpose – but it wasn’t planned. The moment that changed the direction of his professional life happened at 20 years old, when the Indiana University, Bloomington sophomore roamed the field house to register for the next term, seeking just one more elective that would provide enough credit hours to retain his student loan. Hamilton found himself in the business school line where he was presented with an option that met on Monday and Wednesday afternoons: T300 – Introduction to Transportation. He signed up.

“I was totally open to whatever the class brought forward,” Hamilton said. “I wasn’t in it begrudgingly. And that was the class I had the most love for.”

The charismatic professor leading Hamilton’s first transportation class, George Smerk, was a respected leader in the field and a nationally known scholar, writing some of the earliest books on the Urban Mass Transportation Administration, which later became the Federal Transit Administration. Smerk also became Hamilton’s mentor, putting “the idea into my head that public transportation is something I might want to do with my life,” Hamilton said.

After three semesters studying transportation, Hamilton thought to himself, “there’s no way I’m going anywhere other than this industry. I like this.”

Hamilton, RTD’s senior manager of paratransit services, says he is a person of many interests who has “a handful of things that really interest me.” He speaks to going to a flea market with a friend and being told, “Paul, you bring too much stuff home. And as a farmer who has a barn and too many places to store it, I can tell you that my wife suggested long ago, pick one or two things that you really care about, and collect just those.” Hamilton thinks that’s sage advice.

Professionally, his interests include transit – an industry he entered in the mid-1980s – and food service. As a younger man, Hamilton worked at two major grocery stores and loved engaging with customers while sampling produce, a paring knife in hand. He says he would happily return to such a job in retirement.

Outside of work, Hamilton has long been interested in large-format photography and has photographed live music performances, including at South by Southwest, the internationally known conference and festivals for which he volunteered for many years. He also enjoys bicycling long distances. When he arrives home, he said, “there is nothing bad in my head that day that hasn’t been worked out on the bicycle trip.”

Hamilton grew up in Kentucky and carries a wanderlust that came from moving around often as a child, with a father in the Navy who was often out at sea. Being that his parents were on a military income, he said, they didn’t have a lot of money to spend – but they could afford gas and inexpensive motels. Vacations took his family on road trips all around the country, including to the Rocky Mountains and Estes Park. As a child, he said, “I did not know how stereotypical it isn't for people not to have seen much of the country.”

Hamilton’s fondest memories from childhood include debating his mother on various topics while she prepared dinner, switching sides for sport, and watching his grandfather converse with strangers as though they were dear friends.

Life experiences have affirmed that “we’re all more similar than we are different,” Hamilton said. “If you talk with people long enough, you’re probably going to find something that you both agree on. And if you can focus on those things as you converse with people, you’re always going to get along with them better.”

Hamilton’s career in transit began after college graduation – and after he and his wife moved to a Navajo reservation in Arizona for a student teaching appointment she received, bringing Hamilton out west for the first time as an adult and showing him how beautifully remote the region was. When her internship ended and they returned to Indiana, Hamilton went to work at Mayflower Transit, which moves freight all over the United States. The logistics of moving things instead of people work more or less the same way as a transit agency trying to build a network of fixed-route buses that serve people within its service area, Hamilton observes.

He loved talking with the company’s drivers, one of whom tried to test the relatively new employee with “what if” questions. Hamilton turned the conversation back to the driver, asking what he would do. “And he said, ‘You know what, in all the years I’ve been moving freight, nobody’s ever asked me that,’” Hamilton recalled. “He had a great answer. And that was the point: that it was important to him that someone took the time to listen. And from my standpoint, you might learn more if you listen than if you do all the talking.”

Hamilton thinks about the relevancy of this anecdote as it applies to advocacy groups that transit agencies work with. “We can’t solve every problem, we can’t make everybody happy all the time, but if we listen, we may find opportunities to point to successes by seeing things that they suggest and realizing one, we can do it, and two, it will make our system better,” he said. “Three, we should probably do it.”

After working for Mayflower, Hamilton received what became a life-changing phone call from another mentor, Peter Schauer, who had led post-graduate workshops Hamilton had taken. Schauer referenced a conversation the two had had in which Hamilton spoke about his love of the West – and asked whether Hamilton indeed was interested in returning to the region. “Absolutely,” Hamilton told Schauer. “He then pushed a job description to me to go out to the Wind River reservation, which was just starting a transit system in Wyoming.” Hamilton stayed there for seven years.

Hamilton calls the work he did on the reservation the thing he is most proud of, having arrived with a draft service plan – and no buses, drivers or routes. “It was fun not only to get it up and running,” he said, “but it’s fun because I know that system survived, and it still exists there today.”

From there, Hamilton headed to Texas, where he worked for a rural transit provider surrounding Austin, oversaw the shuttle system at Texas State University in San Marcos and managed paratransit service for Capital Metro in Austin. He joined RTD in 2018 as senior manager of paratransit services, overseeing options that include Access-a-Ride, a shared-ride public transportation service intended for those who cannot use RTD’s fixed-route bus and light rail services.

In speaking to the satisfaction he experiences doing this work, Hamilton said, “The service has always been about more than transit. I don't know anyone, including myself, who doesn’t also see it about a daily connection with people. We are often our customer's social lifeline as well as their transit provider.”

He thinks about paratransit as more than the civil right that it is – he sees it as “transporting solutions that involve people.” Providing grocery delivery to Access-a-Ride customers during the pandemic is one example. Another is a recently announced pilot for on-demand service through collaboration with Uber.

“If we can make our service better for our riders, we have happier riders,” Hamilton said. “They’re going to love us more, they’re going to use us when they need to, and we’re going to be there for them more often because we have more money to do more.”

Hamilton says his experiences in life and work have shown him to be resilient and a problem-solver. Challenges lead you to become resourceful and self-taught out of necessity, he notes. He worked with smaller transit agencies that were within close range of bankruptcy and successfully sought funding to keep the system running. When the organization can stand on its own, he said, it’s satisfying: “You can point to that and say, we all helped make that happen.”

Hamilton notes that his professional worlds have not come together – except in one way he has noticed. In both the transit and food service industries, he said, he has observed people playing down certain positions. “There is no such thing as ‘just a driver,’” Hamilton emphasized. “It might be the entry point, but for some smaller transit systems like the one I came from, one day you might be the manager, the next day you might be the dispatcher, the driver, the assistant mechanic.

“You do whatever is needed, because that’s what you do.” 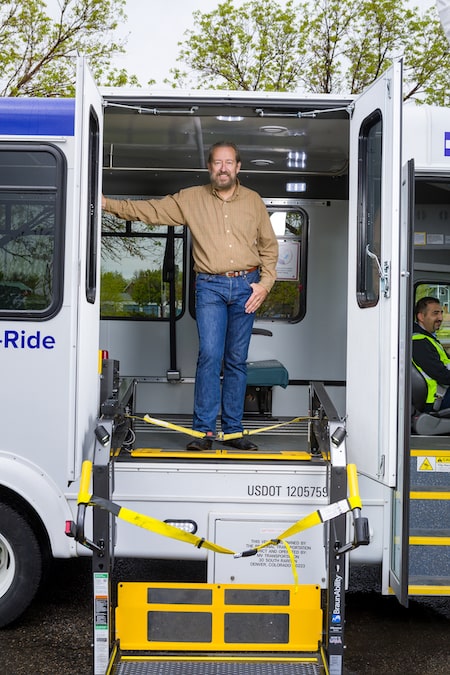 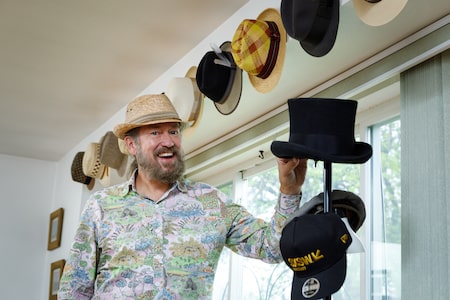 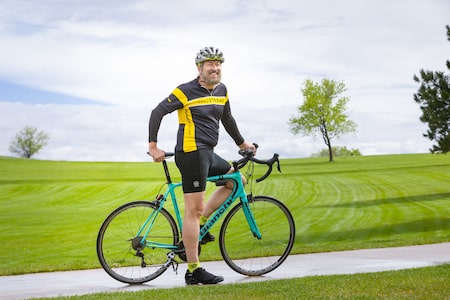