“ ALL DESERVE THE RIGHT TO GET AROUND.”

When I look at a bus stop, I see the potential for everyone to use it, to make people’s lives better and easier. 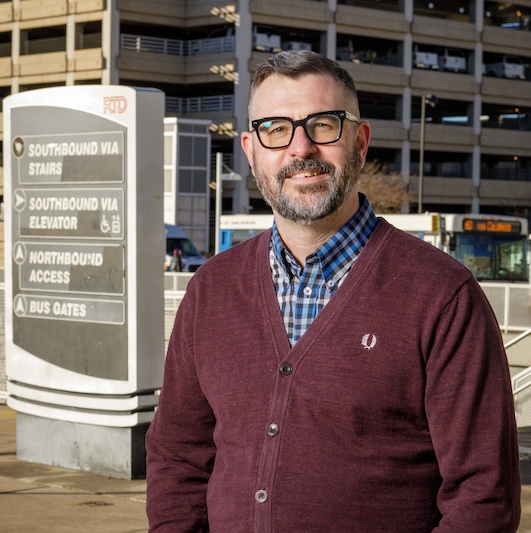 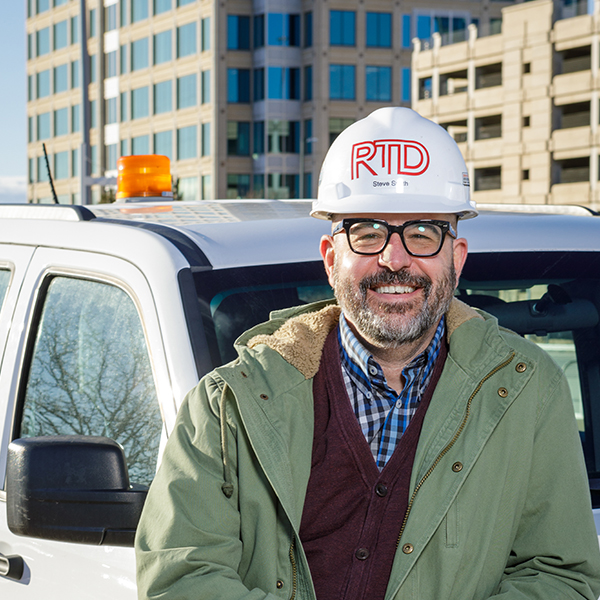 ‘All people deserve the right to get around’

When repairs are needed at any of RTD’s approximately 9,400 bus stops, people let the agency know. Riders, municipalities and the general public have no issue identifying opportunities for fixes – and someone instrumental in resolving these issues is RTD engineer Steve Smith, who carries a strong desire to help people and a belief that transit riders “deserve better than a mud hole on the side of the road.” Buses are notoriously hard on pavements and curbs, he notes, and he and his colleagues maintain a never-ending list of stops slated for improvement across RTD’s service district.

Smith works on RTD’s street improvements program, which holds responsibility for installing and maintaining boarding areas that are compliant with the Americans with Disabilities Act (ADA) at new or relocated bus stops. Stops that predate the ADA don't have to meet current ADA rules, but those that are moved or improved in any way must be updated. RTD aims to provide at least an ADA-compliant boarding area connecting to a walkway at as many bus stops as possible.

“When I look at a bus stop, I see the potential for everyone to use it, to make people’s lives better and easier,” Smith said. “And that’s everyone from people who are dependent on transit – that can’t afford a car, who have to ride the bus or walk – to someone who has some sort of mobility impairment, whether it be an older person who uses a walker or a scooter, or someone who uses a wheelchair. I feel like all people deserve the right to get around and to be mobile, and to do that easily and comfortably.”

Smith has been working most recently with Denver on improving 21 stops in the Montbello neighborhood, plans for which are currently being reviewed. Once approvals are granted, residents there will benefit from his team’s survey and design work. The utmost satisfaction, he said, is when “we do all the work, we get it put in, it looks good, and then I see people using it.” 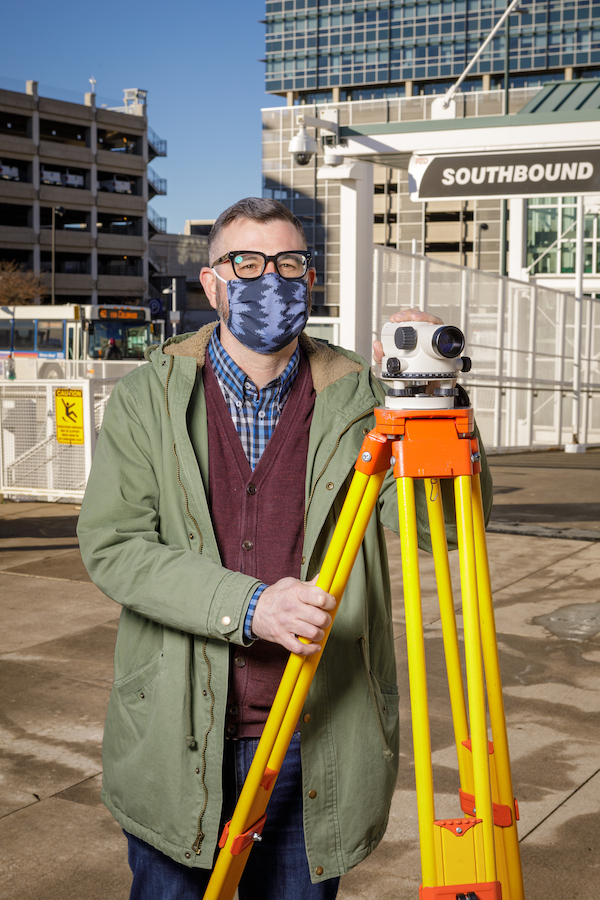