Suna never dreamed of being a bus driver in her native Turkey. As a woman, she couldn’t. Now, she drives Route 15L on Colfax. 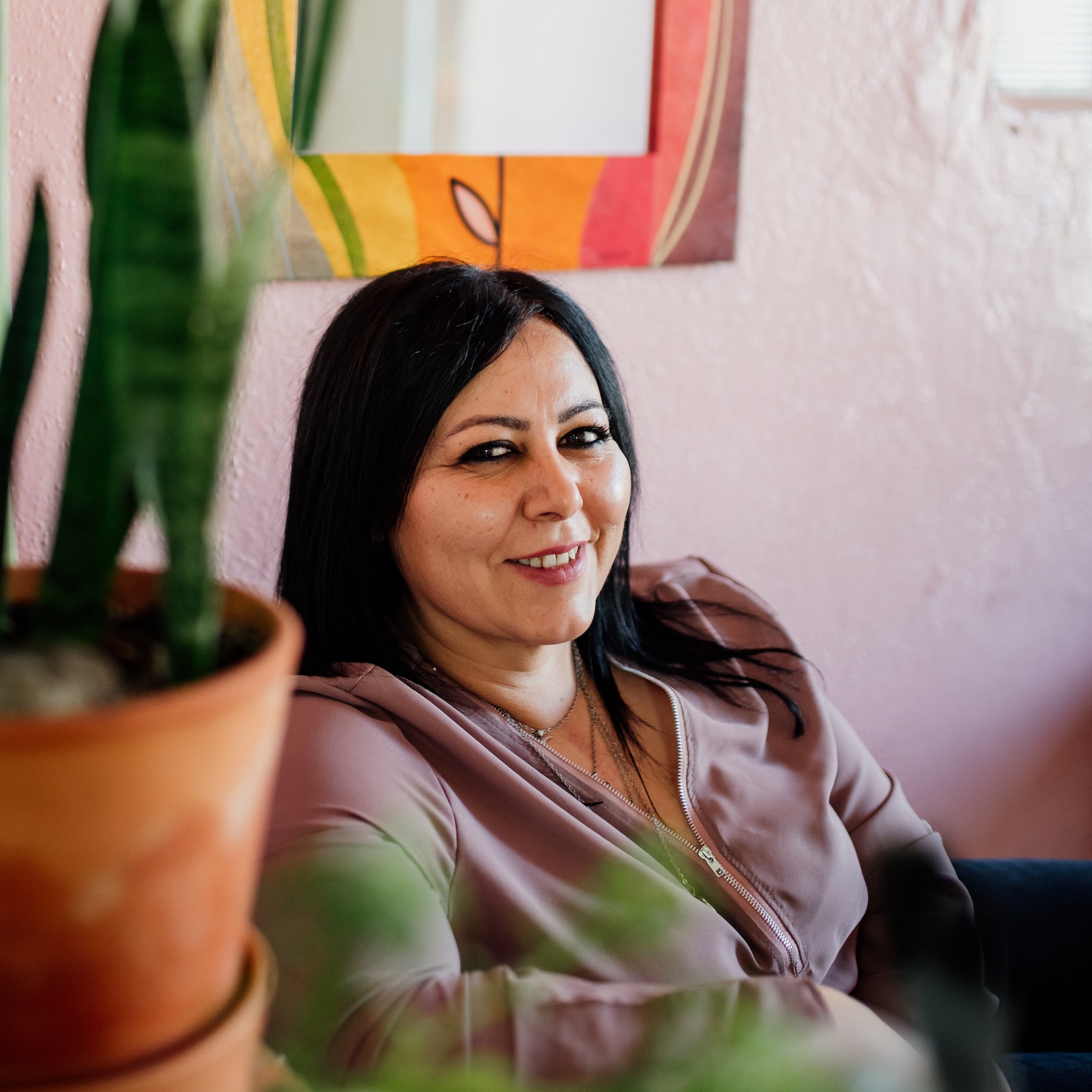 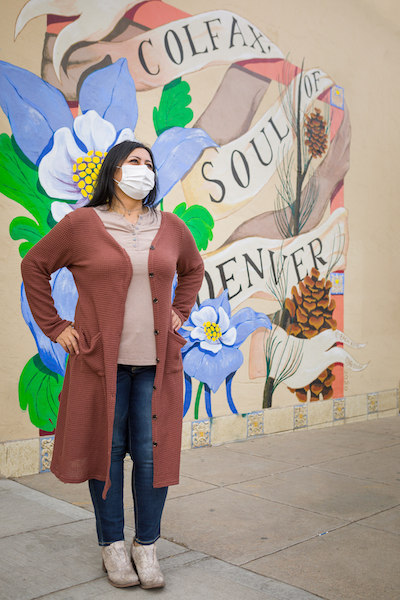 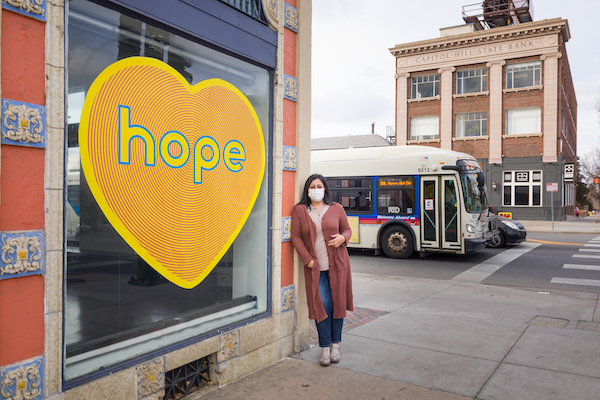 ‘The way you spread your energy, that really matters’

Colfax Avenue, the longest commercial street in the country, is a highway of humanity.

On the stretch of road that cuts through Aurora and Denver from the Eastern Plains, you can linger at a decades-old bar, duck into a smoke shop, or get your hair braided. The marquees at the Bluebird and Ogden theaters tease upcoming shows, as they have for a century. Restaurants comfort diners far from home with familiar dishes from Colombia, Ethiopia, Honduras, Sinaloa, Guadalajara. In the distance, the gold leaf on Colorado’s Capitol building glints in the sun.

Suna Karabay sees more. Having driven RTD’s route 15L for eight years, the Turkish native knows the people who make this street what it is. With every opening of her bus’s doors onto Colfax, she sees the hardworking, the hurt, the healing.

“They are my people,” Karabay said. “They remind me what’s important in life, and it makes me appreciate what I have.”

If you’ve spent any time on Colfax, you’ve likely seen Karabay, a 44-year-old from Aurora with dark hair, a warm smile and a frequent, childlike laugh. You may have shared companionable silence with her as she drove you across the region. She has been on this route since she arrived at RTD – and she feels in the deepest part of her being that it is where she belongs.

In the Muslim country where she was raised, “transportation belongs to men,” Karabay said. “I had never seen a female bus driver. Over here, I feel kind of powerful – I have the freedom to do that. It’s a man’s job, but I can do that as a woman here.”

Working at RTD, she added, “is my freedom, my voice. It is a diverse company and makes me feel right at home. I have never felt like an immigrant, an outsider.”

When Karabay first arrived in Colorado 23 years ago to study English at CU, she was struck by the clean air, having been raised in the crowded capital city of Ankara. Her first job here was driving school buses for Boulder Valley School District, then shuttles for the disabled. After a two-year break to live in Denmark, Karabay returned to the United States and applied with RTD. She was offered the 15L route because drivers there were leaving.

“It was challenging,” Karabay said of her new job. “I was crying every day for the first six months. I was wanting to quit every day, because I never used to hear bad words and disrespectful people.”

She noted, “Boulder is way different than Colfax.”

Over time, as the route and her hundreds of passengers became more familiar, Karabay’s mindset shifted. She acknowledged that people will act a certain way. She considered that the degree to which she was affected by others’ attitudes and words was influenced by her own feelings about herself.

Other people allow us to hold up a mirror to ourselves and the way we face the world, Karabay notes. Once she realized that, she said, driving on Colfax started to become easier.

“The way you spread your energy, that really matters,” Karabay said. “Everybody can sense it, because we’re all made of energy.”

Karabay recalls a lengthy period after a surgery that required her to stay at University of Colorado Hospital, which fronts Colfax. Being away from her route and looking at the world from her window, she spent a lot of time reflecting on her work.

“I need to understand those people,” Karabay remembers thinking. “They are going through all kinds of different things, and Colfax is hard, a really hard crowd. And they have a hard life, and some of them are really hardworking people. They get up so early and try to catch the bus downtown.”

All human beings are ultimately the same, Karabay believes. From the driver’s seat, humanity unfolds before her block by block, hour by hour. The freedom she brings to others is the same freedom she enjoys.

“I look at buses like flying white dragons – they even sound like them,” Karabay said. There is strength and power in the knowledge that “we are out there nonstop moving the city. We are a great team, and I am proud to be part of it.”

At no point has this felt truer, Karabay said, than during the advent of COVID-19. While she has always known that she is an essential worker, “I feel like I am essential now,” she said. “I think my job is more important, because no matter what, I’m there.”

The regulars who ride are those, like her, whose work is crucial to societal function: grocery store employees, hospital workers, restaurant cooks. Starting with her first early-morning run, Karabay’s bus fills quickly to a pandemic capacity of 15 people, leading her to call for another vehicle to pick up those she is pained to pass by.

“There’s a pandemic out there, but I have a mask on, and we keep going,” Karabay said. “People really need us right now, and we are trying our best." 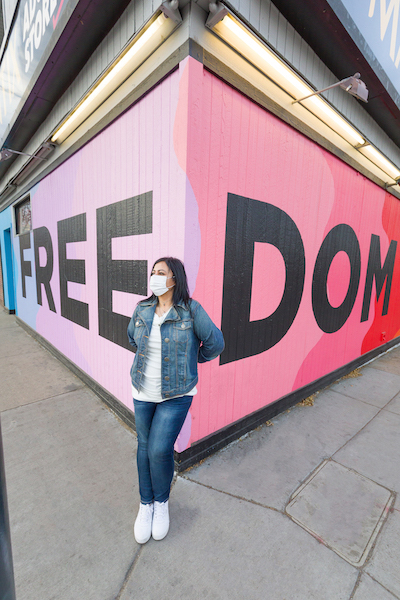 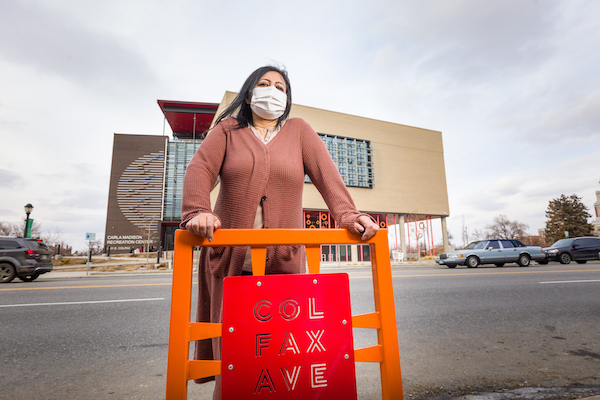