“ Planning is about people.”

Susan Wood enjoys being part of something that benefits everyone every day. 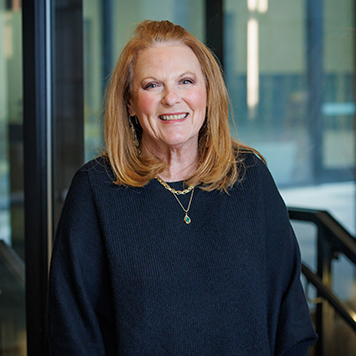 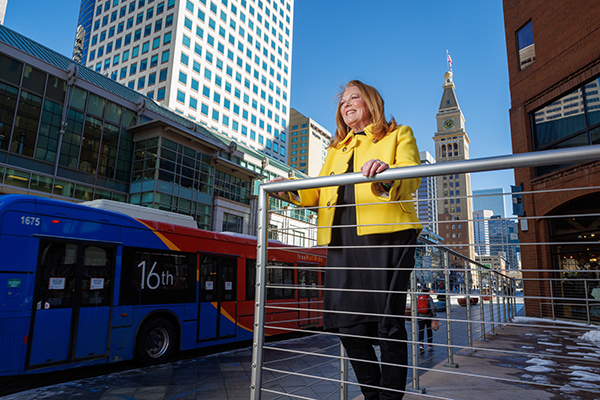 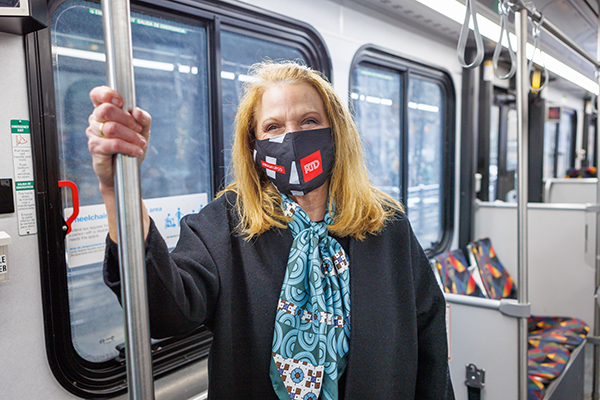 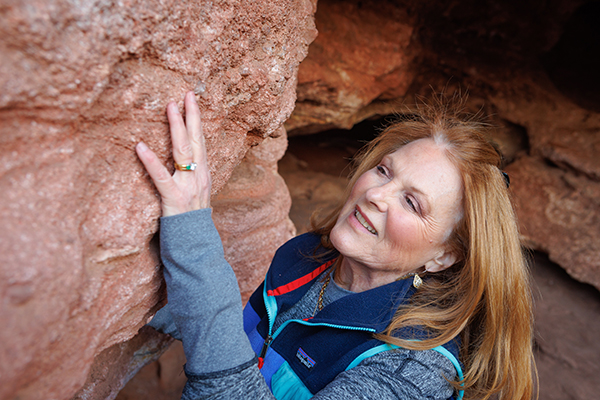 ‘Planning is about people’

A rock is a piece of history, Susan Wood observes. Peer at a cross-section of sandstone, and you can imagine the river that flowed to leave the material in that formation. Geology provides a look back through time, helping explain why the physical world appears as it does. The better we understand our history, Wood believes, the better we can foresee how events of the past might influence the future.

Wood reflects on the past when she walks the 16th Street Mall, the milelong, 80-foot-wide spine supporting downtown Denver that was a lively source of pedestrian and business activity when it opened in 1982, replacing the congested vehicular thoroughfare that the street once was. Now, she can’t help but notice the chips, breaks and discolorations in the gray and red pavers, all part of an I.M. Pei-designed rattlesnake pattern that is pronounced at the center and more diffuse at the edges. The mature trees are losing their leaves. The Mall is showing its age.

A recognition that the area’s infrastructure has reached the end of its life span is driving a broad reconstruction of the 16th Street Mall, with the first stage of that work now under way. At the end of 2024, when construction is complete, the layout of the street will be reconfigured to create wider sidewalks and enable center-running shuttle service by RTD’s Free MallRide, one of the largest electric vehicle fleets in the country. The project, conducted in partnership with the city and county of Denver, addresses concerns with pedestrian and mall shuttle safety and calls for replacing the pavers, which cost more than $1 million a year to maintain. Denver aims to strengthen the art and entertainment in the area and introduce new street furniture and lighting. The ultimate goal: to have locals and tourists alike enjoy the Mall more, by visiting more often and staying longer.

As a planning project manager for RTD – and the agency’s environmental lead on this marquee project – Wood has been involved in efforts to rehabilitate the Mall for almost a decade and remains involved as the project enters final design and construction. She understands that keeping the Mall in its current condition is no longer feasible. She also carries memories of the Mall she encountered upon moving to Colorado in 1993, which featured vibrant new restaurants and a Virgin Megastore where she and her husband, Joe, sampled new albums.

“The Mall can be so much more, but we have to go through this period of rebuilding,” Wood said. “And we will get back to that point where it is vibrant and lively and, ideally, more than it is today. It’s just going to take a little patience to get there.”

Planning requires taking the long view while tackling the challenges directly in front of you, Wood observes. “It’s true of many big problems that we’re not going to solve that in a day, or a week, or a month even,” she said. “It’s going to be over time that we learn. We’re just going to do it with hard work.”

Hard work, Wood added, requires “looking at all aspects of the work we do, how we do it, what the impact is, is it good, is it bad, whom does it impact. We look at resources, then beyond that to potential additional resources. We listen to the community, to what people want and need. And then we put all those things together and we start hammering out solutions.

“And it probably isn’t one solution. It’s what we do now – and what we do later.”

The desire to make a meaningful difference – a thought Wood believes every planner carries – compelled her to return to school at 41 to pursue a master’s degree in planning at CU Denver. After graduation, she did land use work for Arvada, Lakewood, Greenwood Village, Douglas County and Jefferson County. She came to RTD 15 years ago to work on environmental planning for the Southeast Rail Extension and the Southwest Rail Extension, both part of the FasTracks program. It has been thrilling, Wood said, to be a part of “the biggest thing in the region” – projects that felt limitless in their possibilities.

Planning wasn’t Wood’s first love, though: geology was. The Longview, Texas, native went off to Baylor University thinking she would major in drama – and fell in love with rocks, being outside, studying what was directly around her. Oil and gas were going great guns in the late 1970s, Wood recalled, and she had a job in Corpus Christi before she graduated. She found herself out on a crew boat in Redfish Bay with a hard hat on, surrounded by drillers. It was, Wood said, “a novel, interesting situation.”

By the mid-’80s, oil had dropped to $5 a barrel – and Wood realized it would no longer be tenable to work in a field often tied to the price of a commodity. A wealth of jobs were available in environmental consulting, so she took a hydrogeology class at the University of Texas at Dallas, got an environmental consulting job in Northern California and packed her Mazda RX-7, her cat draped across her shoulders as she drove to San Jose.

Wood’s whole life changed in the Bay Area, she recalls with fondness. She valued the ethnic and racial diversity she found there. She enjoyed running in the mild climate. She met her husband, a fellow geologist, with whom she moved to Colorado three years later. Upon arriving in Colorado, she joined environmental engineering firm Roy F. Weston, enabling Wood to work on the closure of Stapleton International Airport and tour Denver International Airport before it opened. She thinks back to the excitement she felt walking through the terminal, envisioning it filled with passengers.

Wood’s eye and heart are influenced by the history she carries. She remembers an urban geology class in college that had the group walking a creek, talking about flood plains and considering how geology could affect land use. That perspective convinced her planning was where to focus her talents.

“Planning is about people,” she said. “It’s the impact of everything we do on everybody. I think we’re all finally starting to get it – but we’re also learning how.”

Wood is involved at the national level with the American Planning Association, the professional organization representing 40,000 members in 90 countries. She had long been interested in the concept of equity when an opportunity arose in 2016 to co-chair its first policy guide about planning for equity. That project was completed in 2019 – and the world changed a year later, with events that included the COVID-19 pandemic and the killings of George Floyd, Breonna Taylor and Ahmaud Arbery.

“I think about what I knew then and what I know now – I knew nothing, and I thought I knew something. Equity has always been an issue in our world,” Wood said. “People are getting it, and it is very polarizing, unfortunately. But I think that these very bad things that we saw really were the catalyst. We can do something, but we couldn’t do it until we saw it. And we can’t unsee it.”

Wood says her fulfillment in life comes from the impact she can have on others. She grounds herself through running, reading and writing. She is working on a new policy guide for the APA on equitable economic development, and she considers that this work is done best when people are the focus.

To work as a planner means she can make an incremental difference every day of her life, Wood said. “To be part of something where you get to make a difference – that’s pretty good.” 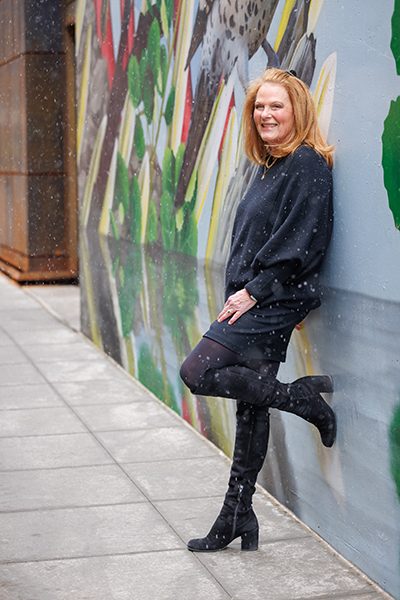 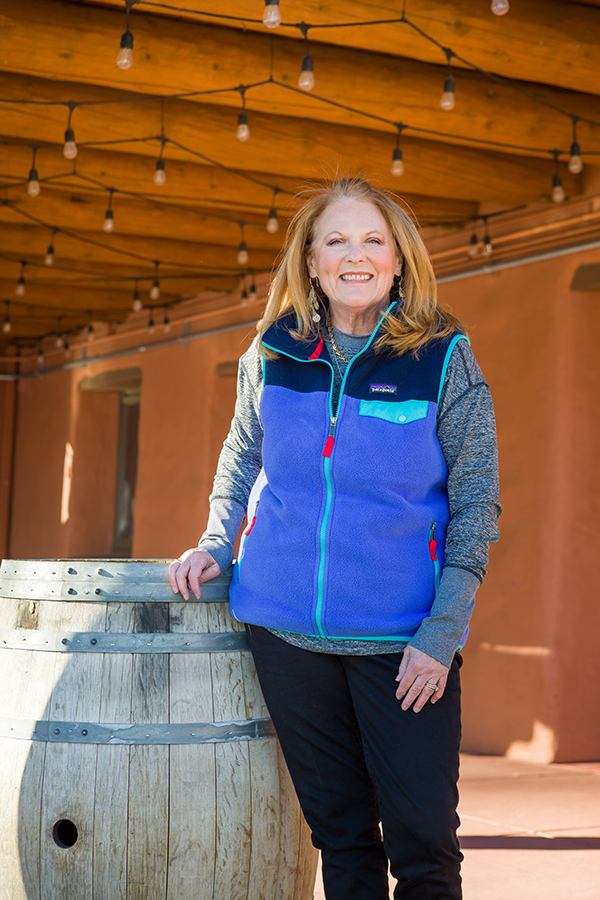